Drug Companies Should Be Stopped From Outsourcing Drug Testing Ethics 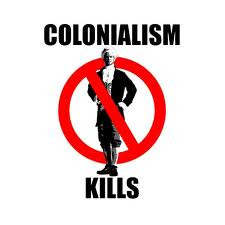 The human body and its constitutent parts are fast becoming among the world’s most valuable “natural resources.” Indeed, ounce for ounce, human eggs are probably the most expensive (now) commodity in the world.

Because human bodies are so valuable, biological colonialism is becoming a growing scourge. Just as the powerful once exploited destitute and weak nations for their diamonds, timber, gold, fertile soil, and other resources, today human bodies are the targets of colonilization.

Here’s another example. Indians are being targeted for drug testing that would be unethical in more developed nations. From the Independent story:

Western pharmaceutical companies have seized on India over the past five years as a testing ground for drugs – making the most of a huge population and loose regulations which help dramatically cut research costs for lucrative products to be sold in the West. The relationship is so exploitative that some believe it represents a new colonialism.

That’s what I have been saying for years. Like all exploiters, the welfare of the oppressed receives scant concern:

Between 2007 and 2010, at least 1,730 people died in India while, or after, participating in such trials. Many of those people,often only eligible for the studies because they were ill, might have died anyway. Yet when there are complications, even those resulting in deaths, there is often a failure properly to investigate.

Campaigners say the industry is wide open to other abuses. While there is no doubt many crucial trials are carried out according to the appropriate guidelines, activists say a lack of oversight has led to numerous situations where poor, sometimes illiterate individuals, recruited from city slums or else tribal communities, are used in the trials without giving proper informed consent – that is, without fully understanding what they are signing up for. Alongside this, a new industry providing participants for these studies has been spawned and is making considerable profits.

The only way to fight this denigration of human exceptionalism is to make it non profitable. The FDA and similar licensing authorities should refuse to give their imprimaturs to any drug that was human or animal tested in ways that would be illegal in country. Otherwise, the outsourcing of ethics (to borrow William Hurlbut’s wonderfully evocative phrase), a core and evil aspect of biological colonialism, will only increase.

Moving Organ Donors Instead of Organs

Sense of Entitlement: “Beautiful” Sperm and Eggs for Sale