Secret Do Not Resuscitate Orders in UK 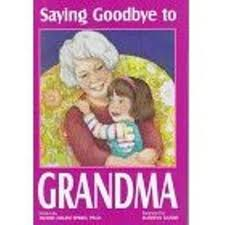 So much for “choice:” The Telegraph is reporting that some UK hospitals secretly apply DNR orders–without patient/family knowledge or consent–against elderly patients. From the story:

Elderly patients are being condemned to an early death by hospitals making secret use of “do not resuscitate” orders, an investigation has found. The orders – which record an advance decision that a patient’s life should not be saved if their heart stops – are routinely being applied without the knowledge of the patient or their relatives. On one ward, one-third of DNR orders were issued without consultation with the patient or their family, according to the NHS’s own records. At another hospital, junior doctors freely admitted that the forms were filled out by medical teams without the involvement of patients or relatives.

Under medical guidelines, the orders should only be issued after senior staff have discussed the matter with the patient’s family. A form, signed by two doctors, is then placed in the patient’s notes to record what decision was taken. The findings emerged in spot checks of 100 hospitals undertaken by the Care Quality Commission (CQC), an official watchdog, earlier this year. A charity for the elderly said the disclosures were evidence of “euthanasia by the backdoor,” with potentially-lethal notices being placed on the files of patients simply because they were old and frail.

This is a scandal of the highest order and can only feed the reasonable fear that financially pressed hospitals want to be rid of their most expensive patients, and/or judge whether someone’s life should be saved based on an ideological and pernicious quality of life judgmentalism.

There had better be a crackdown, or trust in the system could totally collapse. I mean, with assisted suicide winked at by law enforcement, and now secret DNRs, it is becoming very scary to be elderly, disabled or dying in the UK.

I Donated My Eggs and Got Stage 4 Cancer