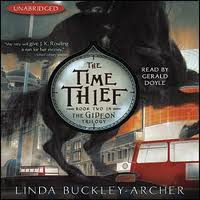 I am appearing next Wednesday night as part of a town hall about end of life care, sponsored by the Santa Barbara Museum of Natural History. Would love it if some local friends turned out an introduced yourselves.

In advance of said panel discussion and audience Q and A session, I have a piece in the Santa Barbara Noozhawk, exploring a bit of a different angle than I usually bring up in opposing the doctor prescribed death agenda. From “Assisted Suicide is the Euthanasia of Hope:”

How are we to best care for the dying? This crucial issue impacts us at our core, not only in light of our own eventual demises, but because we all want the best for those we love. Happily, hospice and advances in pain control allow for truly compassionate care. Unlike much of human history, today patients can die peacefully at home, without significant pain, in the loving presence of their families.

But some assert this isn’t enough, that doctors should be allowed to prescribe suicide for terminally ill patients who want to die. These advocates even go so far as to call assisted suicide the “ultimate civil liberty.” But peel away the veneer of “choice” and we can see that assisted suicide abandons people — who might eventually regain the desire to live — to a premature death.

I discuss my hospice friend Bob Salamanca, who wanted to go to Kevorkian when diagnosed with ALS, but was later so glad to be alive. I also quote the letter to the editor in the Boston Globe (mentioned before), expressing the same sentiment. I then conclude:

Hall and Bob convey an important message we don’t hear often enough in the debates about end-of-life care: If we legalize assisted suicide, some patients will die instead of ultimately regaining their joy in living. For some reason, this message doesn’t resonate as vividly as the siren song of doctor-prescribed death. But know this: If we are seduced into legalizing assisted suicide, we will cheat at least some people out of the universe’s most precious and irreplaceable commodity: Time.

Assisted suicide isn’t “choice;” it is the end of all choices. Doctor prescribed death is not “death with dignity;” it is really the euthanasia of hope.

Hope to see some of you next Wednesday night in SB.

Exploring the Intersection of Sexual Politics and Women’s Rights

In Case You Missed It

Take a Stand With Me