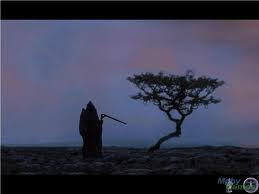 Christopher Hitchens may be the best short form writer working today. Powerful writing and pointed advocacy — much of with which I disagree — thankfully undiminished by his fight with esophageal cancer. Indeed, the last time I wrote about Hitchens, I quoted him as wishing for the return of his voice stolen by cancer. Happily, according to the NYT, his wish came to pass.

The article, really a profile, is putatively about Hitchens receiving an award from an atheist group. But that’s not what I want to talk about. Hitchens makes a point in his talk with the reporter about how his acute awareness of mortality has helped focus his life, a general subject I have occasionally discussed before. From the story:

The book’s [a compendium of Hitchens’ essays] epigraph is from Henry James’s novel “The Ambassadors”: “Live all you can: It’s a mistake not to.” And in an introduction Mr. Hitchens writes: “Some of these articles were written with the full consciousness that they might be my very last. Sobering in one way and exhilarating in another, this practice can obviously never become perfected.”

In his hospital room he suggested that an awareness of mortality was useful for a writer but ideally it should remain latent. “I try not to dwell on it,” he said, “except that once in a while I say, O.K., I’m not going to make that joke, I’m not going to go for that chortle. Or if I have to choose between two subjects, I won’t choose the boring one.” He added, talking about an essay on Philip Larkin that made it into “Arguably”: “I knew the collection was going to come out even if I did not, and I was very pleased when I finished that one, because of the way it ends: ‘Our almost-instinct almost true:/ What will survive of us is love.’

Awareness of mortality is useful for all of us, not just writers, who I think sometimes make the mistake of thinking that their writing could be their ticket to immortality. It rarely is. But love? Yes, because it impacts life down the generations in ways that can never be quantified. (So does hate.)

But knowledge of death — that can make us truly live. Hitchens certainly sees it. I recall my friend Bob, who died of ALS, telling me he had never lived so “vibrantly” as then, when he was slowly dying.

But we should not wait until we are in extremis to see that light. It is what Christian monastics are instructed to focus on without cease — you know, ashes to ashes — as they prepare for what they believe comes next. Buddhists, too. Even transhumanists, in their own sad way, focus intensely on death as they desperately try to figure out ways to cheat it for hundreds of years. (Sorry, not going to happen, fellas.) But all of us should spend more time on that train, if just to help us not waste limited time while temporarily well.

No, Society Should Not Allow “3-Parent” IVF