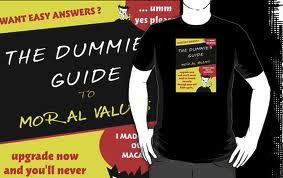 There has been a lot of justifiable worry expressed about moral decay in the wake of the UK riots. Apparently, the issue has also been on the minds of two among bioethics’ most notable utilitarian practitioners, who are having a collegial disagreement about whether the field offers a solution to moral collapse.

Julian Savulescu, apparently thinks technology holds a key to improved morals — and to my surprise — Jonathan Harris, disagrees. From the always informing Bioedge:

Julian Savulescu, an Australian who is a professor of practical ethics at Oxford, together with a colleague, Ingmar Persson of Göteborg University, in Sweden. He believes that we ought to do all in our power to make people morally better – more altruistic and more empathetic – using all the genetic, chemical, neurological and surgical means at our disposal. This is an argument which he has been pursuing for some time. He feels that the need for moral enhancement is urgent because destructive technology is outpacing our moral capacity to use it with restraint. We could end by blowing up the planet. Traditional methods of moral enhancement – parenting, socialisation, education, group dynamics – are simply not enough. Savulescu and Persson do admit that the techniques may not be available for a long time.

Everything, but give religious training, no doubt. How’s this for an approach? Teach the Golden Rule, which promotes ethical and moral societies regardless of whether one has faith. Teach “As ye sow, so shall ye reap,” also known as karma, aka, “what goes around, comes around.” Teach that there are certain things that can be divided into right and wrong. Set standards and expect them to be followed. Teach empathy and love of neighbor. Extol charity and pattern humility. Back it up with proper discipline instead of political correctness. Make sure there are real consequences for misbehavior. Stop sexualizing the young. (You know, the reasons why many secular parents send their kids to Catholic schools.) Don’t play musical families and fathers stay involved with children. In short, engage in the kind of socialization and maintenance of the social fabrics that were considered the norm until the so-called “experts” botched things up.

But I digress: Harris understands that traditional socialization is the key — but then he goes off the rails too:

Harris expresses his scepticism in the February issue of Bioethics. The only reliable ways to morally enhance people are the traditional ones, he says. Besides, Savulescu is too grimly pessimistic about science and seems “to argue that efforts to improve cognitive powers and capacities should be put on hold until moral enhancement is perfected, infallible, and made not only universally available but comprehensively mandatory”. In the meantime, using cognitive enhancement (Harris is a fan) we could solve many of the smaller problems which bedevil our lives.

You know we are in trouble when a term such as “moral enhancement” is coined and debated seriously. Good grief.

And as for cognitive enhancement, forget the technology and push these: Study hard. Turn off the television (and particularly, social media). Don’t do drugs. Get enough sleep. Apply yourself. Eat right. Read. Read. Read, especially good books. And don’t expect magic pills or implants to replace hard work, focus, and determination.

In my view, these futurists and experts are a core part of the problem, and their so-called “solutions” almost always seem to make make things worse.