Euthanizing the Elderly With Macular Degeneration in the Netherlands 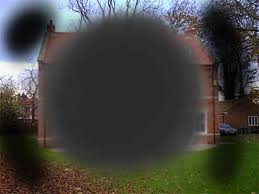 Cases justifying euthanasia are spreading like wildfire in the Netherlands, to the point that visual impairment can become the primary reason to kill. The latest report from the Netherlands describes an elderly woman who was euthanized over macular degeneration and other often experienced symptoms of being elderly. From the Regional Committees Annual Report 2010:

The patient, a woman in her eighties, could no longer do the things that made life worthwhile to her. She lived on her own. She had always enjoyed intellectual challenges in her life, she used the computer and email and she liked reading, philosophising, debating, politics, art and so on. She had always been very independent and had considered this her greatest asset.

Physically, however, she was deteriorating. In recent years her vision had got worse owing to macular degeneration, she suffered from dizziness, her hearing was poor and she sometimes had faecal incontinence. At first she had tried to find all kinds of ways to cope with her limitations, but these had not proved sufficient for her to perceive her life as worthwhile. She felt trapped in her deteriorating body. Her present situation was due to her advancing age, and little or nothing could be done about it. She felt her life had lost all meaning. However, her mind was still active, and she thirsted for information. The possibility of withholding food and fluids had been discussed, but this would involve a period of dependence. The patient considered this the most dreadful thing that could happen to her, and she rejected this alternative. She considered it a blessing that she could end her life with the help of euthanasia and would not have to become dependent. The unbearable nature of her suffering was due to her loss of the ability to live a meaningful life.

These are certainly not remarkable symptoms in old age. Indeed, one can certainly understand why they would cause distress. But often these depressions in the elderly are treatable with proper geriatric psychiatric interventions. But there was no indication whatsoever that treatment by a geriatric psychiatrist — who might also have killed her, now that I think of it — was even attempted:

The psychiatrist, the first independent physician to be consulted, noted that despite the patient’s poor hearing he was able to interview her successfully. She was lucid and was well oriented to time, place and person. The interview did not reveal any memory problems. The patient was coherent and responded appropriately to questions. She was able to explain why her disabilities (deafness, impaired vision and dizziness) prevented her from living her life as she had always done….According to the second independent physician’s report, the patient wanted to end her life (or have it ended) because she was suffering from being alive.

Isn’t that true of every suicidal person? And this is a real indictment of Dutch medical “ethics:”

The committee must therefore decide whether the patient’s suffering was caused by a medically recognised condition. In this connection it notes that, under the existing due care criteria, suffering that is unbearable with no prospect of improvement must be largely due to a medically recognised condition. However, there is no requirement that this should be a serious condition…The committee noted that macular degeneration is a medically recognised condition. There is no effective treatment for it, or any prospect of improvement. What this means is that this case is not a ‘finished with life’ situation as defined above, and that the physician’s actions lay within the medical field…The committee found that the physician acted in accordance with the statutory due care criteria.