Tens of Millions Worldwide Have No Pain Control 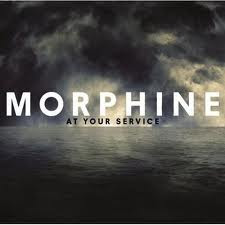 When I had the honor of interviewing the founder of hospice, Dame Cecily Saunders, for my book Culture of Death, at the end of our conversation, I asked the usual catchall question of whether there was anything else she wanted to say. She thought a moment and told me that her one regret was that hospice and palliative care had not spread deeply into the developing world. There are so many people who still die unnecessarily in pain, she said, and her one wish was that she had more time to get that vital part of her call done.

That was more than ten years ago. Dame Cecily has gone to her reward, and the problem of untreated pain in poor countries remains, alas. And now Human Rights Watch declares it is a matter of urgent concern. From the press release:

Tens of millions of people worldwide are denied access to inexpensive medications for severe pain, Human Rights Watch said in a report released today. The 128-page report, “Global State of Pain Treatment: Access to Palliative Care as a Human Right,” details the failure of many governments to take even basic steps to ensure that people with severe pain due to cancer, HIV, and other serious illnesses have access to palliative care, a health service that seeks to improve quality of life. As a result, millions of patients live and die in great agony that could easily be prevented, Human Rights Watch said. “Worldwide, palliative care needs are enormous, but many governments simply ignore them,” said Laura Thomas, health researcher at Human Rights Watch. “There’s no excuse for letting people suffer from severe pain when inexpensive medications are available to help them.” Experts estimate that 60 percent of those who die each year in low- and middle-income countries — a staggering 33 million people — need palliative care. In these countries, most cancer patients are diagnosed when they already have advanced disease and can no longer be cured. The only treatment option is palliative care.

The way things are going these days, some will just shrug and say send in the euthanasia teams. But if we really care about our poor brothers and sisters, we will take up Dame Cecily’s challenge.

Here’s a good place to start: How about turning off the spigot on Aubrey de Gray’s research money into some future human immortality and redirect it instead to relieve some present day pain in Africa?