What Happened to (Our Only Hope) Embryonic Stem Cell Research? 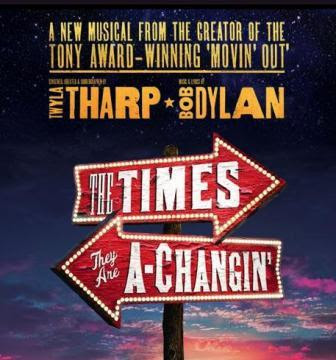 “The scientists” used to say that embryonic stem cell research provided the primary, perhaps “only” hope for treatments of degenerative conditions like Parkinson’s and spinal cord injury. This hype, willfully shoveled by Big Biotech and spread by its willing accomplices in the media, opened the spigots of billions of dollars in research during the Bush years–even as “the scientists” complained that the field was withering on the vine. Arguments that adult stem cell research or non embryonic methods deriving plutipotent stem cells should be pursued instead of ESCR and cloning for ethical reasons were denigrated as “anti science,” even as celebrities milked the media with inaccurate assertions of coming miracle cures from ESCR–about which they were rarely challenged by fawning legislators and reporters.

My how times change. The headline in today’s San Francisco Chronicle paper edition: “Clinical Trials Excite Stem Cell Researchers,” (a different headline online). And guess what, not a word about ESCR in the entire story. The real buzz is about IPSCs. From the story:

The biggest stars of stem cell research are converging on San Francisco this week for a global conference focused on the latest science, but also on how the experts studying it should best go about applying that science to practical treatments for human patients…Scientists attending the conference said they’re particularly eager to hear about work being done to create all kinds of cells – including those that resemble embryonic stem cells, which in theory can turn into any type of cell in the body – from a simple skin biopsy.

Ultimately, scientists would like to use those stem cells to treat diseases in humans. For now, they are just excited at the prospect of being able to build human models of genetic diseases using stem cells. “This might allow us to take skin cells and turn them into nerve cells that we can use for very sophisticated experiments. You could do studies for heart cells or liver cells or other genetic diseases that affect other organs,” said Dr. Arnold Kriegstein, director of the Eli and Edythe Broad Center of Regeneration Medicine and Stem Cell Research at UCSF. “We’ve never been able to take brain cells from patients with, say, Parkinson’s disease and study them in the laboratory.

IPSCs are not ready for human trials–tumors like ES cells, don’t you know. There are no embryonic stem cell trials ongoing–despite all the years of hype that it was coming, just you wait! But there are abundant adult stem cell trials. For more information:

The International Society for Stem Cell Research has recently developed a Web site for patients seeking more information about available treatments – both in the United States and abroad. The Web site is www.closerlookatstemcells.org.

Will the media ever apologize for their biased and skewed approach to the issue? Nope. It was all about being anti-Bush. He’s no longer POTUS so the media have moved on. And now, finally, we are seeing more accurate assessments by the stem cell sector and consequently, better reportage in the MSM.

The Joy of Parenting Children with Down Syndrome