Killing and Harvesting Organs in Belgium 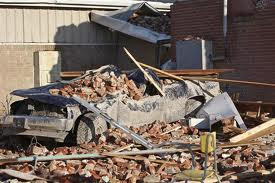 I have written with growing alarm about the practice of — and PR campaign for — coupling euthanasia with organ harvesting in Belgium. I have a piece in the Weekly Standard attempting to raise the level of general awareness — since the story has received insufficient attention. From “At the Bottom of the Slippery Slope:”

Coupling organ donation with euthanasia turns a new and dangerous corner by giving the larger society an explicit stake in the deaths of people with seriously disabling or terminal conditions. Moreover, since such patients are often the most expensive for whom to care, and given the acute medical resource shortages we face, one need not be a prophet to see the potential such advocacy has for creating a perfect utilitarian storm.

That raises a question that supporters of the practice might pose:

Some might ask, if these patients want euthanasia, why not get some good out of their deaths? After all, they are going to die anyway.

But coupling organ harvesting with mercy killing creates a strong emotional inducement to suicide, particularly for people who are culturally devalued and depressed and, indeed, who might worry that they are a burden on loved ones and society. People in such an anguished mental state could easily come to believe (or be persuaded) that asking for euthanasia and organ donation would give a meaning to their deaths that their lives could never have.

And it won’t stop there. Once society accepts euthanasia/organ harvesting, we will soon see agitation to pay seriously disabled or dying people for their organs, a policy that Kevorkian once advocated. Utilitarian boosters of such a course will argue that paying people will save society money on long-term care and allow disabled persons the satisfaction of benefiting society, while leaving a nice bundle for family, friends, or a charitable cause.

People with serious disabilities should be alarmed. The message that is being broadcast with increasing brazenness out of Belgium is that their deaths are worth more than their lives.

The fact that some will smile, and think of this as a win-win illustrates my point precisely.