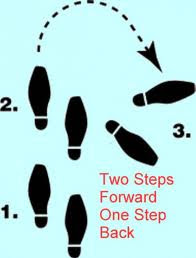 A recent mouse experiment showed that IPSCs stimulate tissue rejection in mice. From the story:

In an unexpected setback to efforts to harness a promising new type of stem cell to treat diseases, researchers reported on Friday that tissues made from those stem cells might be rejected by a patient’s immune system — even though the tissues would be derived from that very same patient . . . When Yang Xu, a biologist at the University of California, San Diego, and colleagues did so, they found that iPS cells made from mouse skin cells were nonetheless rejected by genetically identical mice . . .

They, like ESCs, also cause tumors — so they are nowhere near to clinical application anyway. But this is the excuse for cloning — which is the real goal of Big Biotech:

But the potential problem with iPS cells might make some scientists take another look at making patient-specific tissues by creating an embryo from a patient’s cell through so-called therapeutic cloning. That approach, which is not known to have been accomplished using human cells, is controversial because the same technique might also be used to create a baby. “This reopens the whole need for S.C.N.T, which will be controversial,” said Dr. Lanza of Advanced Cell Technology, referring to somatic cell nuclear transfer, the scientific term for cloning. “We had thought we had put that aside with this technology.”

Of course, adult stem cells don’t cause tumors, and being the patients own cells, do not stimulate rejection — nor do they open the door to Brave New World. But never mind. Adult stem cells are the wrong kind.

On Surrogacy, “Breeders?”, and TPR