The New Eugenics: Selecting for Intelligence — Or, What’s Love Got to do With It, Julian Savulescu? 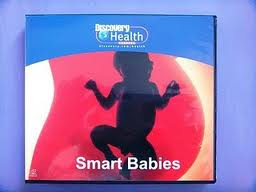 Eugenics is both profoundly wrong and extremely dangerous in that it divides human beings into better and worse categories, which leads to great evil; oppression, exploitation, and killing.

We saw that with the first eugenics, invented by the English statistician Francis Galton, who posited a “good in birth” philosophy, which sought to increase the number of the “fit” (people like him) and decrease the so-called unfit. Galton promoted a “positive” eugenics, that is, one that urged the better people to procreate more bounteously, which he thought necessary to save society for the low lifes that threatened a demographic cultural destruction.

We Americans took Galton’s pernicious ideas and added the tyranny of “negative” eugenics, that is, under one of the great villains of American history Charles Davenport’s leadership, laws permitted the “unfit” to be involuntarily sterilized, a practice validated in one of the most infamous U.S. Supreme Court rulings in American history — Buck v Bell. In short, eugenics unleashed a “war against the weak,” the title of the best book on eugenics I have ever read, by Edwin Black.

And now, under the “There They Go Again” file, a neo eugenicist and anti human exceptionalist — Oxford’s Julian Savulescu — wants us to use IVF and pre-implantation genetic diagnosis to “select for intelligence. From the story:

A LEADING Australian ethicist has advocated genetically screening embryos to create a smarter society of superior “designer babies” with higher IQs. Melbourne’s Julian Salvulescu, now Oxford’s practical ethics professor, has said it is our “moral obligation” to use IVF to choose the smartest embryos, even if that maintains or increases social inequality. Experts have criticised the Gattaca-style idea, saying the money involved could be better spent improving quality of life in Africa. They have also warned IQ screening could result in unintended results.

But Dr Salvulescu has said we have a moral obligation to create a smarter society, thereby dramatically reducing welfare dependency, the number of school dropouts, the crowding of jails and the extent of poverty. “There are other ethical principles which should govern reproduction, such as the public interest,” Dr Salvulescu said. “Even if an individual might have a stunningly good life as a psychopath, there might be reasons based on the public interest not to bring that individual into existence.

Uh, many psychopaths — certainly sociopaths — are extremely intelligent. Moreover, Charles Davenport would have heartily applauded such statements. But back to the eugenicist’s quotes:

“My own view is that the economic and social benefits of higher cognition are reasons in favour of selection, but secondary to the benefits to the individual. Cheaper, efficient whole genome analysis makes it a real possibility in the near future.”

The sources of human intelligence are not going to be so simple to understand since the trait almost surely results from a combination of complex genetic and environmental factors.

But it isn’t the actualization of such a course that worries me as much as the value system Savulescu and his ilk promote. Alas, these bigoted ideas — because that’s what eugenics boils down to, bigotry — are embraced in contemporary academia and their intellectual purveyors are all the rage, garnering named chairs at the most elite universities. Their work subverting universal human equality is often abundantly funded by politically progressive foundations — as Peter Singer, Savulescu’s fraternal philosophical twin was at Princeton by the Ira W. DeCamp Foundation — where the professors influence media and mold the thinking of society’s future leaders.

And notice, these eugenicists rarely mention trying to bring out the best traits of humanity, such as love, humility, selflessness, or gentleness — traits that promote peace and harmony, and which people with Down syndrome possess in abundance. Intelligence is good. But if we’re going to pick and choose the traits of our progeny — which we shouldn’t — let’s aim instead for people with genes that might give them a propensity to express the virtues.

As I wrote in the conclusion to my book review of War Against the Weak:

Over the last 30 years, academics and bioethicists have espoused beliefs and attitudes that are eerily reminiscent of those of Charles Davenport and his ilk, ideas that now, like then, threaten the most weak and vulnerable among us. As with the old eugenics, the new eugenics is led by the intelligentsia and academic elite. Once again, the most respected foundations are funding it. Today, the belief in the inherent moral equality of all human life has been badly undermined by advocates who would judge human moral worth upon subjective “quality of life” criteria . . .

Many advocates of the new eugenics hubristically believe they can avoid the horrors of the old eugenics. But the acorn does not fall far from the tree. As Black’s powerful history demonstrates, once the odious notion that some of us are better than others of us achieves a critical mass of legitimacy, inexorable forces are set in motion that drive society with the implacable force of gravity toward the abyss.

“Intelligent” people have caused quite enough harm, thank you very much. Instead of eugenically selecting our progeny, let’s instead accept all as moral equals under the principle of human exceptionalism, the essential precondition to universal human rights.

Don’t Nobody Bring Me No Bad Stem Cell News!