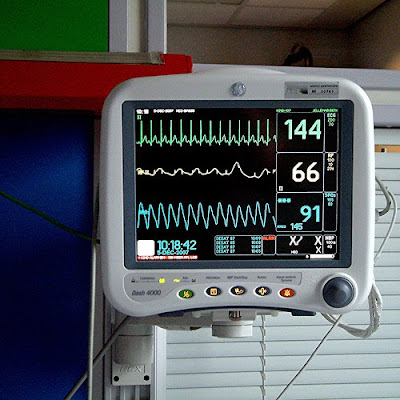 A lot of hot air, cyber material, and ink go into bemoaning the supposed lack of respect patients receive in the medical system for their advance medical decisions. Usually, criticism involves the purported reluctance of doctors to honor a patients “right to die”–usually accompanied by allegations that such willful disobedience is financially motivated.

But those days are long gone. Today, Medicare (diagnosis related group) and most health insurance pay hospitals on a capitated basis, which has turned ICUs from profit centers into money losers when patients require longer than average stays. So now, the problem isn’t so much as receiving care you don’t want, but obtaining intensive treatment you do, e.g., futile care theory and rationing.

But this post isn’t about that. It is about how “living wills” often don’t anticipate events. From the story:

Living wills fail to capture patients’ end-of-life care wishes because they do not ask about the real-life scenarios patients are likely to face as they get close to death, according to a new study. Researchers from Thomas Jefferson University in Pennsylvania examined interview responses of 202 Philadelphia-area patients age 70 and older for the study in the May 22 Journal of Palliative Medicine. Patients first were asked a question used in many Pennsylvania living wills, probing whether to “withdraw life-sustaining treatment that serves only to prolong the process of dying.” Patients then were queried about their desires about more specific scenarios, such as whether to use antibiotics to treat their pneumonia if they also have Alzheimer’s disease. There was a 23% average correlation between the responses. “This study points out that if you talk to people in more detail, there’s more nuance to their decisions than just results from a simple question about what they want in a living will document,” said Charles F. von Gunten, MD, PhD, editor-in-chief of the Journal of Palliative Medicine and provost of the Institute for Palliative Medicine at San Diego Hospice. The study is online (www.ncbi.nlm.nih.gov/pubmed/20377499/). The study comes on the heels of previous research showing that living wills and other advance directives often do not explicitly cover the full spectrum of clinical realities patients face as they die.

Note the prejudicial description, ” only prolonging the process of dying,” verbiage that too many “form” advance directives employ to push the “choice” of non treatment. That point aside, it makes sense that people will think more thoroughly when given different scenarios. But even here, there is no way to really know what the circumstances and options will be when the time comes. Thus, to me, the best way to go is a durable power of attorney for health care (which could be called something different in your state) that allows you to issue some general instructions and appoint a surrogate to make these kind of nuanced decisions based on actual circumstances. If you select a surrogate you trust and who knows your values well, chances are the right decisions will be made. (In contrast to powers of attorney, “living wills,” a different kind of advance directive, tend to give doctors power to decide, which I don’t favor. That’s beyond their proper role. )

I have an advance directive. Do you? If not, you should. How you are treated–or not treated–at the end of your life may depend on it. For those among you who do not want euthanasia (if legalized) or to be dehydrated to death based on cognitive incapacity, the International Task Force on Euthanasia and Assisted Suicide distributes (for a very modest fee) a state-specific advance directive called the Protective Medical Decision Document (PMDD). Check it out. And regardless of what you decide and which type of advance directive you select, I urge you to have it reviewed by an attorney with expertise in the field. These issues are too important for mistakes.

A Giant Step in Cloning?