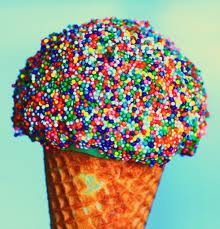 I have written from time to time of what I call the coup de culture, which I define as an ongoing drive that seeks to shift society away from a value system based on Judeo/Christian moral philosophy — different from faith — based on human exceptionalism and a balance of duties and rights and self restraint — to a culture consisting primarily of three pillars; utilitarianism, hedonism, and scientism/earth religion.

Hedonism is not just sensuality, but the notion that we should be able to scratch every itch, indulge every impulse, feed every appetite, and break most behavior boundaries — in short, decadence. That is what I think this is about — ice cream made of human breast milk. From the story:

A London borough council confiscated breast milk ice cream being sold in a shop in the city’s tourist district over fears it could contain hepatitis viruses and sent it for testing. “Following two complaints from members of the public and concerns from the Health Protection Agency and Food Standards Agency, our officers visited the premises and removed all ice cream being sold as containing breast milk,” council officer Brian Connell told the London Evening Standard newspaper Tuesday. “Selling foodstuffs made from another person’s bodily fluids can lead to viruses being passed on and in this case, potentially hepatitis.” The ice cream, dubbed Baby Gaga by maker Icecreamists, is made by combining a liter of donated breast milk from a single woman with vanilla pods and lemon zest.

This reminds me of the story of the restaurant that wanted to serve lion meat. No reason to do it except the thrill of the forbidden. A small story, to be sure. But one I think worth noting as a tiny sign of the times.