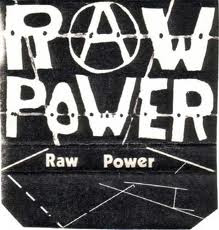 Since when is keeping the desire to keep one’s mother nourished grounds for removing them from a say in her medical decision making? When an immigrant family wants their mother to receive a feeding tube and the hospital no longer wants to be on the financial hook for providing it. From the story:

On Feb. 19, Ms. Nyirahabiyambere’s feeding tube was removed on the order of her court-appointed guardian. Her six adult children — including two United States citizens — vehemently opposed that decision. But they were helpless to block it when Georgetown University Medical Center, frustrated in its efforts to discharge Ms. Nyirahabiyambere after she had spent eight costly months there without insurance, sought a guardian to make decisions that the family would not make. “Now we are powerless spectators, just watching our mother die,” said Mr. Ndayishimiye, 33, who teaches health information management at the State University of New York’s Institute of Technology in Utica. “In our culture, we would never sentence a person to die from hunger.”

Shame! The family wasn’t forced out of the surrogate role because they refused to abide by the patient’s wishes, but the hospital’s! And a purported Catholic hospital, to boot, which claims to follow the “Jesuit principle of cura personalis — care of the whole person.”

And note that the family was also failed by the judicial system:

A brief hearing took place Dec. 28 before Judge Nolan B. Dawkins of Alexandria Circuit Court. Ms. Nyirahabiyambere’s sons requested that she be appointed a separate lawyer; she was not, although John M. Powell, a board member of the Virginia Guardianship Association, said she should have been, given the complexities of the case.

No kidding! This alone could have been grounds for appeal if a lawyer had been appointed for the patient and/or family.

The sons pleaded for the family to retain the power to decide their mother’s fate. But Judge Dawkins appointed Ms. Sloan, who is a lawyer and nurse, as Ms. Nyirahabiyambere’s guardian on the recommendation of a lawyer who had reviewed the case for the court and had been paid by the hospital. The judge noted that the sons “have not accomplished making arrangements for a medically appropriate discharge.”

And the guardian did not act as a fiduciary for her ward, but society!

The nursing home stay was destined to be short-lived. Ms. Sloan, who said she is not being paid by Georgetown University Hospital or by anybody else at this point, placed Ms. Nyirahabiyambere into hospice care. She said the family, while understandably traumatized, was nonetheless avoiding difficult decisions. “Hospitals cannot afford to allow families the time to work through their grieving process by allowing the relatives to remain hospitalized until the family reaches the acceptance stage, if that ever happens,” Ms. Sloan said in an e-mail. “Generically speaking, what gives any one family or person the right to control so many scarce health care resources in a situation where the prognosis is poor, and to the detriment of others who may actually benefit from them?”

That is not her problem as guardian! Her job is to do what is best for the ward. But instead, based on her own words, she represented her own ideological views about resource management. Shame!

So, a hospital wanted off the financial hook and got a guardian appointed they were confident would do right by them. And the court gave short shrift to an unconscious immigrant and a family with little means or the power to fight back. And a ward was abandoned by her guardian’s care about matters that she was not appointed to safeguard. Scandalous!

In some ways, this is even worse than Terri Schiavo — not that profound injustices should be compared — because in that case, the judge used a veneer that she would have wanted to die slowly over 14 days based on some general conversations she purported had with her husband and his family. And there was a family split. In this case, there wasn’t even that pretense. Indeed, the opposite — the family was united and she would not have wanted to be dehydrated based on cultural norms.

This forced futile care pending killing by denying sustenance was just an exercise in raw, brutal, and naked power:

As of late Thursday afternoon, almost two weeks after the feeding tube was removed, Ms. Nyirahabiyambere was still alive.

I am aghast. This matter should be investigated at all levels — the hospital, the court, and the guardian! Good for the New York Times for reporting it.

Bioethicists Fraternizing With the Enemy

Doctors’ Duty is to Patients, Not “Society”