Euthanasia “Choice” Would Often Not Be 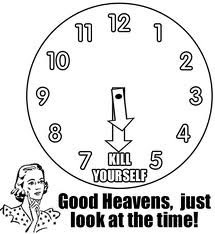 I have been fighting the euthanasia agenda since 1993. During that time, the arguments haven’t changed much, although the euphemisms have. But even after all those years, I still marvel that many euthanasia/assisted suicide promoters think the “choice” is as sterile as choosing between an iPhone or a BlackBerry.

A good column by physician and palliative care expert, David van Gend, published in The Australian, illustrates this important point. From “‘Unproductive Burdens’ Still Have a Right to Live:”

A . . . House of Lords select committee on medical ethics completed the most thorough enquiry into euthanasia ever undertaken, and concluded in stark contrast to Hayden: “The message which society sends to vulnerable and disadvantaged people should not, however obliquely, encourage them to seek death, but should assure them of our care and support in life.” This committee began with a majority in favour of euthanasia, but ended by rejecting it as unsafe and corrupting public policy: “It would be next to impossible to ensure that every act of euthanasia was truly voluntary. We are concerned that vulnerable people — the elderly, lonely, sick or distressed — would feel pressure, whether real or imagined, to seek early death.”

Doctors have no illusions about the pressures that can be felt by vulnerable people. One patient of mine, a woman with disabilities and minimal self-confidence, received a cruel letter from a close relative effectively telling her she should be dead, and demanding certain arrangements in her will. She then developed cancer. Consider such family dynamics in a setting of legalised euthanasia, and ask what the “right to die” would mean to a cancer patient so isolated and intimidated.

I am not a medical expert like Dr. van Gend is, but in my work with dying people as a hospice volunteer and deliverer of meals to AIDS patients in awful, stinking, filthy single room occupancy hotels in San Francisco, there is no doubt that he is right. People experiencing serious illness are very vulnerable. They are unwell. They are often depressed, scared. When I was a lawyer, I had more than one case involving fights over estates with the claim that a dying person was pressured into changing their will. I saw people pushed into suicide during divorce cases. The idea of the cool euthanasia choice may not be completely false. But it is substantially misleading and often untrue.

For those who want to see the true cold heart of euthanasia, read Dancing With Mr. D, a death doctor who works at a nursing home in the Netherlands, and you will see precisely what I mean. From my review:

And there are all sorts of ways to pressure patients into killing themselves — some of which in Keizer himself notes in his own book. For example, there’s Van de Berg, a Parkinson’s patient who asks for euthanasia. But before Keizer can kill him, Van de Berg receives a letter from his religious brother telling him that it would be a sin to commit suicide and would violate the way they were raised as children by their parents. The man hesitates. Keizer is not amused. From page 94:

And now this letter, which to my surprise, he takes seriously. I don’t know what to do with such a wavering death wish. It’s getting on my nerves. Does he want to die or doesn’t he? I hope I don’t have to go over the whole business again. . . . Suddenly, I have an idea: “You know what we’ll do? We’ll ask Hendrik Terborgh, our vicar. Would you agree to that?” He cries and types “yes.” . . . Next day Hendrik tells me that it’s all right. He refers to his meeting with Van de Berg. “Well, he knows what has to be done. He knows what he wants now.” . . . It goes well. He has good veins.

Keizer does not tell us what the vicar told Van de Berg, but I think it is a good bet he didn’t engage in suicide prevention or validate the brother’s religious concerns. Also, note that Keizer is far more concerned about the bureaucratic matters than with the well being of his own patient. One can imagine how depressing it would feel to have such a doctor, how alone and abandoned it would seem.

Or, if you want other examples, just research the despairing people who went to Jack Kevorkian. From my 1995 NYT piece, “Depressed? Don’t Go See Dr. Kevorkian:”

If a patient with multiple sclerosis has bed sores, it means by definition that, for whatever reason, he or she is not receiving adequate medical care,” Dr. Randolph B. Schiffer, an adviser to the National Multiple Sclerosis Society, told me when I asked whether that condition could be generally considered normal for such a patient. Last month, Esther Cohan, who was 46 years old, committed suicide with the help of Jack Kevorkian. Ms. Cohan, who had multiple sclerosis, was disabled but not terminally ill. Esther’s sister told reporters that her sister’s body was covered with bed sores. Yet, according to Jack Kevorkian’s lawyer, Geoffrey Feiger, Dr. Kevorkian had been “counseling” Ms. Cohan since March. Didn’t he know that he was participating in the suicide of someone who, by Dr. Schiffer’s standards, appears to have received inadequate care?

Think George DeLury pushing his wife Myrna Lebov into swallowing pills. From my piece in the Weekly Standard:

He worked assiduously at destroying Lebov’s will to live by making her feel worthless and a burden. On March 28, 1995, Delury wrote in his diary that he planned to tell his wife: “I have work to do, people to see, places to travel. But no one asks about my needs. I have fallen prey to the tyranny of a victim. You are sucking my life out of my [sic] like a vampire and nobody cares. In fact, it would appear that I am about to be cast in the role of villain because I no longer believe in you.” Delury later admitted on the NBC program Dateline that he had shown his wife that very passage.

This is the cold reality in many circumstances that too rarely gets discussed in the rush to “choice.”