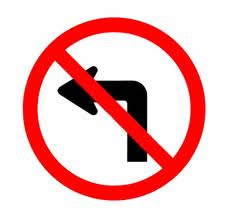 I just read an interesting article in Slate that should disturb anyone who truly supports science — as opposed to supporting an ideological agenda that masks as science. Daniel Sarewitz writes that most scientists are Democrats. From “Lab Politics:”

A Pew Research Center Poll from July 2009 showed that only around 6 percent of U.S. scientists are Republicans; 55 percent are Democrats, 32 percent are independent, and the rest “don’t know” their affiliation.

Sarewitz believes that such a pronounced imbalance is cause for alarm. For example, he notes that most Democrats support global warming theory and most Republicans, oppose. He worries that results not from one side being rational and the other not, but from a distrust caused by partisan beliefs. He then notes:

During the Bush administration, Democrats discovered that they could score political points by accusing Bush of being anti-science. In the process, they seem to have convinced themselves that they are the keepers of the Enlightenment spirit, and that those who disagree with them on issues like climate change are fundamentally irrational. Meanwhile, many Republicans have come to believe that mainstream science is corrupted by ideology and amounts to no more than politics by another name. Attracted to fringe scientists like the small and vocal group of climate skeptics, Republicans appear to be alienated from a mainstream scientific community that by and large doesn’t share their political beliefs. The climate debacle is only the most conspicuous example of these debilitating tendencies, which play out in issues as diverse as nuclear waste disposal, protection of endangered species, and regulation of pharmaceuticals.

I don’t know about bench scientists’ political affiliations, but it is very clear that the Science Establishment has signed up as just another of many Democratic special interest groups seeking to feed at the trough. In other words, much of this is about money, and those who feed off of government grants believe they are likely to get more from Ds than Rs. Plus, many “scientific” recommendations skew ideologically, for example, what to do about global warming:

For 20 years, evidence about global warming has been directly and explicitly linked to a set of policy responses demanding international governance regimes, large-scale social engineering, and the redistribution of wealth. These are the sort of things that most Democrats welcome, and most Republicans hate. No wonder the Republicans are suspicious of the science. Think about it: The results of climate science, delivered by scientists who are overwhelmingly Democratic, are used over a period of decades to advance a political agenda that happens to align precisely with the ideological preferences of Democrats. Coincidence — or causation? Now this would be a good case for Mythbusters.

Sarewitz believes that a better partisan balance would help science:

How would a more politically diverse scientific community improve this situation? First, it could foster greater confidence among Republican politicians about the legitimacy of mainstream science. Second, it would cultivate more informed, creative, and challenging debates about the policy implications of scientific knowledge. This could help keep difficult problems like climate change from getting prematurely straitjacketed by ideology. A more politically diverse scientific community would, overall, support a healthier relationship between science and politics.

The Pew Poll makes it clear that the public still highly respects science. That is good. But the more politicians and scientific leaders conflate “liberal” ideological or political arguments with science itself, the more likely people will be to view the sector as a mere special interest, eventually perhaps, reducing the public’s support for the sector itself. Sarewetz has offered the scientific community much food for thought.

Are You My Mother?