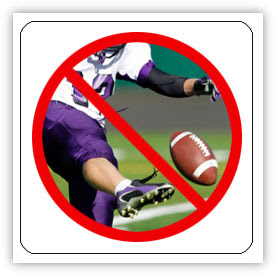 President Obama’s bioethics council, the Presidential Commission for the Study of Bioethical Issues, has been kept out of the most intense bioethical controversies, such as the Obamacare debate. But, after scientists announced the creation of the first “synthetic life,” Obama wisely tasked his commission with investigating the field’s ethics, promise, and perils

I commented on this story for the CBC at the time. I noted it wasn’t really synthetic life, and more to the point, that rather than let the nascent field just bust loose without oversight like we did with IVF, regulatory mechanisms should be erected now. This would encourage the science to proceed, but ensure that researchers navigate it into proper channels. From my piece:

The good news is that unlike IVF, concerns over the impact of synthetic life could become a rare field about which the political left and right, so often at loggerheads, could agree. Thus, we should applaud President Obama for directing his new bioethics advisory panel (Commission for the Study of Bioethical Issues) to investigate the implications of this field and report back to him with proposed societal responses . . . This is not to say that the science should be wholly stifled. But it is to say that we should refuse to assume the posture of mere flotsam and jetsam floating on the currents. For once, as a powerful new science emerges, let’s control our own destiny. The last thing the world needs is a synthetic life science sector Wild, Wild, West.

Alas, the Obama ethics panel generally recommended a more passive approach. First, it agreed with me that the breakthrough didn’t really create synthetic life. From the Commission’s Q and A document on their conclusions:

In our deliberations, we heard that while Venter’s achievement marked a significant technical advance in demonstrating that a relatively large genome could be accurately synthesized and substituted for another, it did not amount to the “creation of life.” . . . The technical feat of synthesizing a genome for its chemical parts so that it becomes self-replicating when inserted into a bacterial cell of another species, while significant, does not represent the creation of life from inorganic chemicals alone.

Still, this is a potentially powerful technology. So what should be done now to keep it within proper parameters? Disappointingly, not a lot:

Our major recommendation is that the federal government, through the Executive Office of the President, start to coordinate and oversee what all Federal agencies are doing in the field of synthetic biology. We do not recommend that additional agencies or oversight bodies need to be created to oversee synthetic biology. But we do recommend that the government stay current on the advances with the science and remain forward looking about the potential benefits and risks to the public. We want all researchers – from clinical researchers to engineers – to go through ethics education. And we want to find ways to better educate the public about synthetic biology. One idea is to create a biology version of FactCheck.org, which would let the public sort through claims made about the science in order to figure out what is true and what isn’t.

Talk about a punt! There is no reason to wait before beginning to regulate the field. Indeed, when better to do it than before before anyone has a vested interest in crossing reasonable boundaries? For example, I think the government should outlaw using this technique on sentient life. It can’t be done now, but so what? Why not ensure that it won’t be until and unless scientists prove that such experiments should go forward from both an ethical and safety standpoint?

I do agree, however, with the general philosophical approach toward regulating should be “prudent vigilance:”

We promote the idea of “prudent vigilance,” advocating reasonable risk assessment strategies and charting a middle ground between extreme demands for complete proof of safety before permitting research, an idea often referred as “the precautionary principle,” and calls for unfettered and laissez-faire scientific freedom in the absence of proven risks.

Prudent vigilance, yes: Hands off, no. That means start regulating now while there is time to carefully deliberate.

Breeders and Carriers – How about Women?