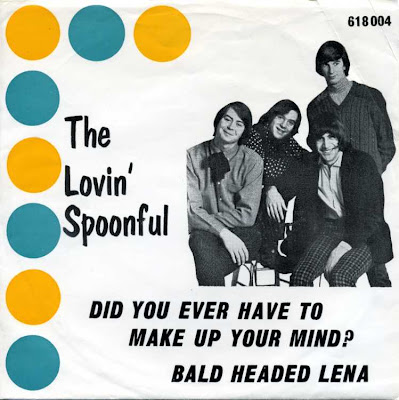 I just read President Bush’s chapter in his new book on how he came to his ESCR funding policy. It was very interesting, particularly since I was tangentially engaged in the effort to impact the policy — and later, repeatedly defended his decision.

When Bush took office, he immediately rescinded President Clinton’s stem cell funding executive order — which is close to what Obama followed eight years later — and announced that he was going to undertake a period of contemplation and consultation. I strived (from afar) to influence his thinking by writing articles in conservative journals — apparently with some success. In talking at the time to people who were much closer to and more directly involved in the situation, I had the sense that the president was deeply conflicted.

That is precisely how Bush describes his own experience as “the decider” (as he once memorably put it). He describes reading broadly in scientific journals and in the media. For example, Bush noted that pro ESCR funding stem cell scientist, Irving Weissman of Stanford, told the New York Times that no one would complain if funding were permitted on “ten to fifteen lines.” (Boy, was that off!) The president also met with influential people and advocates on both sides of the issue — representatives of the Juvenile Diabetes Association, Senator Orin Hatch (who supports funding), Daniel Callahan, a pro choice bioethicist who opposed funding, and many others.

Then, as he came close to making a final decision, he consulted bioethicist and human exceptionalist, Leon Kass. From page 117 of Decision Points:

After several months of listening and reflecting, I was close to a decision on stem cell research. A defining moment came in a conversation with Leon Kass on July 10 . . . I told Leon I had been wrestling with a decision. Embryonic stem cell research seemed to offer so much hope. Yet it raised troubling moral concerns. I wondered if it was possible to find a principled policy that advanced science while respecting the dignity of life.

Leon’s logical mind went to work. He argued that embryos — even those long frozen — had the potential for life and thus deserved some form of respect. “One goes with a heavy heart if we use these things,” he said. “We at least owe them the respect not to manipulate them for our own good. We are dealing with the seeds of the next generation.”

I shared an idea: What if I authorized federal funding for embryonic stem cell research — but solely for existing stem cell lines? The embryos used to create those lines had been destroyed. There was no way to get them back. It seemed logical to let scientists use them to pursue treatments that could save other lives.”

Bush asks Kass if that would, in his view, be an ethical approach:

Leon said he believed that funding research on already destroyed embryos would be ethical, with two conditions. I must reaffirm the moral principle that had been violated — in this case, the dignity of human life. And I must make clear that federal funds would not be used in the further destruction of embryos. So long as I did both, he said, the policy would pass the ethical test. “If you fund research on lines that have already been developed,” he said, you are not complicit in their destruction.”

The conversation with Kass “crystallized” Bush’s decison, which he announced in a televised speech on August 9, 2001.

I was in Australia touring the country speaking against euthanasia at the time. My cell phone began to ring. Some allies were pleased, others not. The ABC asked me to come on its morning talk show to opine, during which I gave my first of many defenses of what came to be known as the Bush funding restrictions.

I agreed with Bush and Kass about the ethics of the matter. I thought then, and think now, that the policy was a tremendous contribution because it kept an intense international ethical focus on the importance of human life — even at the embryonic stage. (That was one reason, I think, that some became so obsessed about overturning it.) And I believe, as I have written, that the policy led indirectly to some of the great non embryonic stem cell breakthroughs we have seen in the years since. (It also resulted in foolish “defy Bush” defiance, such as fiscally irresponsible Proposition 71 in CA.) I also believe that but for Bush’s policy, the human instrumentalization tide would have flowed farther inland than it has: For example, I am convinced that we would now be federally funding human cloning research had Bush acquiesced to full ESCR funding. (Indeed, no sooner had Obama revoked Bush, when the pressure began to fund human cloning research.)

So now we have a new funding policy — if it stands up in court. But Bush’s gutsy decision both promoted human exceptionalism and bought time for scientists to show that ESCR is not, after all, “the only hope.” In any event, I found it very interesting to read how he came to make a highly controversial presidential decision that profoundly impacted my own work. So far, Decision Points has been a fascinating read.