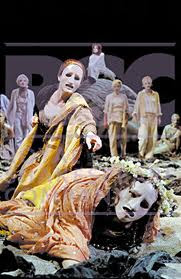 I have been called Cassandra on more than one occasion — many more. Often the person so saying is calling me an alarmist, thinking that Cassandra was a false prophet. Actually, she saw the future accurately — but nobody believed her. Yup, too often, that’s me.

Case in point: For years I predicted that Oregon’s assisted suicide law would not result in doctors and patients with long standing relationships working out what is best for end-of-life care. Rather, since most doctors know that prescribing death isn’t medicine — it would lead — and has led — to “doctor shopping,” that is, suicidal people looking for death doctors to write the lethal prescription, with that being the only reason for the consultation — as in Jack Kevorkian. And finally, some are beginning to take notice. From the story:

A British think tank said a U.S. assisted-suicide law might have created a phenomenon of “doctor-shopping” for physicians willing to ignore safeguards to help healthy people kill themselves. A report claims that the 1997 Oregon Death With Dignity Act is being abused — with the help of some physicians — by people who do not fulfill the criteria of being terminally ill, mentally competent and able to make a free choice.

Called “What is Happening in Oregon?” the report by Living and Dying Well, a group of prominent British medical and legal experts, was sent to British members of Parliament Oct. 25 to counter claims by assisted-suicide campaigners that the Oregon law is a model of effective regulation that should be adopted in the United Kingdom. The report’s author, Dr. David Jeffrey, a senior lecturer in palliative medicine at Scotland’s Edinburgh University, and researcher Madeleine Teahan, examined 12 annual reports from the Oregon Public Health Division on the working of the act since 1998.

The report said that when the Oregon law was enacted, about a third of all people who requested help in committing suicide were referred to psychiatrists, but by 2009 no one was being sent for counseling. “Could this be a consequence of ‘doctor shopping’ — namely that a physician who is prepared to process an application for physician-assisted suicide might perhaps be less inclined than others to regard such a request as a pointer to possible psychological disorder or depression?” asked the report. “If that is so it would not be surprising that as the number of physician-assisted suicide cases has increased, referrals for psychiatric counseling have fallen,” the report said. It said that the health division reports show the average time an applicant has spent with a doctor who assists in their deaths is just 10 weeks, and that a small number of doctors were writing prescriptions for numerous suicides.

Now one might say that the report’s authors oppose assisted suicide. But these are the very things I have been reporting from the official statistics — which are in many ways designed as PR in favor of assisted suicide — and are really undeniable. In fact, the first legal assisted suicide in Oregon knew her prescribing doctor for a mere 2 weeks.

Time to open our eyes folks! I am Cassandra. It’s high time that I was believed.

Geron On Again, Off Again ESCR Human Trial, On Again: What if Doctors Oppose?