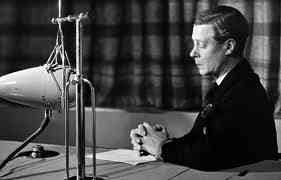 This is the second time that the swells who lead the British Medical Association have tried to move organized medicine out of the way of opposing the legalization of assisted suicide. Last time, in 2005, the attempt was overturned by a revolt by the rank and file. And here they go again. From the Daily Mail story:

Doctors must end their opposition to assisted dying for terminally ill people and move to a position of neutrality, says the British Medical Journal. A major bid to shift the stance of the medical establishment is signalled today by the influential publication, which calls for a change in the law. The journal, published by a subsidiary of the British Medical Association (BMA), says legalisation of assisted dying is a decision for society, not doctors, so royal medical colleges and the BMA should become neutral on the issue.

Neutrality? What a cowardly prescription!

Doctors are not removed from, but are a part of, society. They have professional obligations to patients and to support ethical medicine in public policy. How a professional association can argue that doctors express “no opinion” on whether doctors should be able to kill their patients or assist in their suicides is beyond me. Could there be anything more impactful to the ethical practice of medicine? Could there be a more important issue with regard to proper patient care? And this at a time when the quality of patient care in the NHS is imploding. So the answer to worsening care crisis is allowing doctors to help kill patients? Good grief!

This is just more evidence of the ongoing attempt to deprofessionalize medicine and turn it into an on demand technocracy. Shame on the BMJ Journal. Let’s hope the rank and file ride to the rescue, just like they did the last time that the leadership tried this game.

The Risks of Egg Donation