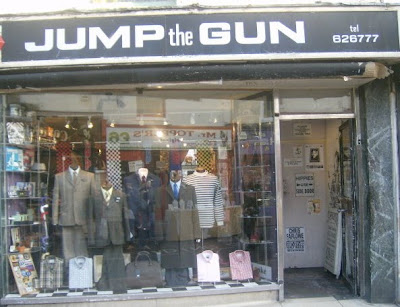 Some in the ESCR community–and I am referring to those without moral objections–are worried that the coming ESC human trials are premature. From the story:

Scientists are poised to inject cells created from embryonic stem cells into some patients with a progressive form of blindness and others with devastating spinal cord injuries. That is a welcome step for researchers eager to move from the laboratory to the clinic and for patients hoping for cures. But beyond being loathsome to those with moral objections to any research using cells from human embryos, the tests are worrying many proponents: Some argue that the experiments are premature, others question whether they are ethical, and many fear that the trials risk disaster for the field if anything goes awry. “We desperately need to know how these cells are going to perform in the human setting,’’ said John Gearhart, a stem cell pioneer at the University of Pennsylvania. “But are we transplanting cells that are going to cause tumors? Will they stay where you put them and do what you want them to do?’’…

They cite the case of Jesse Gelsinger, whose 1999 death from a gene therapy experiment set that once highly touted field back years. “There’s a lot of angst around these trials,’’ said Evan Snyder, director of the stem cell program at the Sanford-Burnham Medical Research Institute in San Diego. “There’s going to be this perception that if the cells do not perform well, the entire field will be illegitimate.’’ Most of the apprehension focuses on the Geron trial. Safety worries — most prominently fears that the cells could cause tumors — prompted the FDA to repeatedly demand additional data from Geron, including most recently assurance that cysts that developed in mice injected with the cells posed no threat.

It is my understanding that the product has only been tested on small animals like rodents, not larger animals, which seems to be validated by the article. If that is true, it could be a dangerous thing:

While Geron eventually hopes to test the cells on many patients, the first trial will involve 10 people partially paralyzed by a spinal cord injury in the previous one to two weeks. Surgeons will inject the first patient with about 2 million “oligodendrocyte progenitor cells,’’ created from embryonic stem cells, in the hopes the cells will form a restorative coating around the damaged spinal cord. In tests in hundreds of rats, partly paralyzed animals walked…

Officials at Advanced Cell Technology of Menlo Park, Calif., are hoping for the FDA’s go-ahead to start, possibly even sooner, injecting 50,000 to 200,000 cells into the eyes of 12 patients suffering from Stargardt’s macular dystrophy. Retinal pigmented epithelial cells, also made from human embryonic stem cells, should replace those ravaged by the progressive loss of eyesight, usually beginning in childhood. Studies in rats found the cells helped prevent further vision loss and even restored some sight.

It seems to me when tumors are an issue, the follow up to the cell injections should be over years, longer than those that can be done in rats and mice. Moreover, the physiological differences between rodents and humans are such that successful rodent testing is usually followed by tests in large animals such as primates or pigs before human trials begin. If these products haven’t been tested on large animals–in which the subjects could be followed for years–I think a big and potentially dangerous leap of faith has been made.

Putting Loved Ones Out of Our Misery