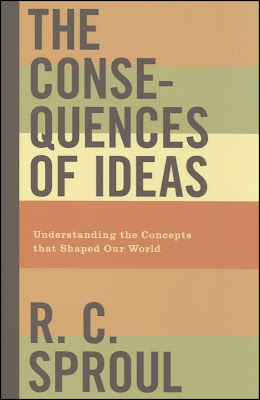 As a Martin Luther King liberal–for which I am now deemed conservative (which tells you what has happened to modern liberalism)–I am always astounded when bioethics radicals claim the mantle of equality and compassion in their work. Their beliefs promote just the opposite.

Here’s an example: Julian Savulescu, (from my perspective) a wild-eyed bioethicist–was rewarded for his radicalism by scoring a prestigious Oxford professorship, just as Peter Singer’s radical anti human exceptionalism views took him all the way from Australia to Princeton. That’s the way things are these days. A Q & A interview with him just came out and it really reveals the tyrannical consequences that would follow from society accepting his views.

Unsurprisingly, he is a great admirer of Peter Singer. From the interview:

Would you say you are a “follower” of Peter Singer? What is so attractive in his proposals?

What is attractive about Peter’s proposals are that they firmly rooted in uncontroversial values – like the moral significance of well-being and equality – and he applies logic ruthlessly to the inconsistency of existing values and ethics. He also lives up to his own principles. There are a few places where I disagree with him, but all things considered, he is the greatest living practical ethicist or philosopher.

Let’s see: Singer believes in infanticide, not based on disability, which is wrong in itself, but on the premise that babies are not yet persons, meaning that the same rules would apply to all babies. He believes in non voluntary euthanasia for people who are not persons. He believes that some animals have greater moral value than some humans, based on quality of life premises. He seeks to destroy the Judeo/Christian sanctity/equality of life ethic, the foundation of Western liberty–and replace it with a quality of life ethic that would value some humans over other humans, and woe betide those consigned to the lower decks. Singer may be many things, but a promoter of equality, not to mention universal human rights, isn’t one of them. Indeed, killing babies seem to me to be a good indication of tyranny, as we saw in Germany during the war years, and now witness in contemporary China and probably, North Korea.

Savulescu also exhibits the arrogance too often seen among academic bioethicists. Take, for example, his presumption about euthanasia:

Bioethics is a very broad field with different disciplines and genres. I think bioethics has had some effect on EU policies and government policies in Europe, but in many cases for the worse. Popular, religious or deontological bioethics has not clearly been for the better. There have been some successes. There is an emerging rational consensus and endorsement of euthanasia around Europe. That is one of victories for rational bioethics. Eventually, every civilised secular state will offer euthanasia. I did my doctorate on this topic 15 years ago. I thought the arguments were exhausted then and that change must rapidly come. I am staggered at how slow it has been. There are no good arguments against euthanasia but most countries still resist.

No good arguments against? Really? We have seen that legalizing euthanasia leads to widespread non voluntary killing (the Netherlands, Belgium), to offering ill people assisted suicide instead of efficacious life-extending treatment (Oregon), to infanticide (the Netherlands, Belgium), to assisted suicide for the mentally ill–made a constitutional right by the Swiss Supreme Court and authorized by the Dutch Supreme Court. One may decide that on balance, euthanasia is the proper way to go. But it is ludicrous–and quite frankly, arrogant–to say there are no good arguments against it.

What are the main differences between your view about human beings enhancement and the ideas of the eugenics movements in the first half of twentieth century?

The eugenics movement of last century was coercive – it forced people to be sterilised or be killed. It was not for the benefit of the individuals it was practised upon but to realise often racist, social Darwinist ideals of society. I believe enhancement and genetic selection should be offered to people, for the benefit of them or their children (not primarily society), that its goal should be enhancing their well-being (not some state goal), and they should be free to refuse those interventions.

At best, this is naive. The root problem with what could be called the old eugenics was that it rejected universal human equality, which led to the evils Savulescu mentions. So does the new eugenics. Once that view is accepted in society, the rest follows. Hence, the presumption that idea eugenics wouldn’t eventually be enforced by the state is to ignore human nature and the lessons of history. Besides, peer pressure and social suasion are far more powerful than law. And indeed, in the pressure women are put under to abort fetuses diagnosed with Down syndrome or other genetic conditions we have a good preview of how the new eugenics would become coercive.

By denying human exceptionalism, utilitarian bioethicists like Savulescu, both destroy the philosophical under girding of human rights and open the door to raw tyranny. They can argue that their agendas could benefit the greater number and allow maximized personal behavioral license that many crave. But they can’t deny that these supposed gains would come at a terrible concomitant cost to the most weak and vulnerable among us.