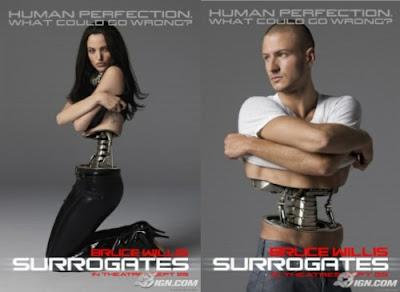 I love good science fiction. It is a splendid vehicle for exploring the deepest issues in a very entertaining way, without getting too serious or bogged down in high brow importance. Indeed, good sci-fi is a powerful magnifying mirror, telling us where we are, and where we may be going.

When the Bruce Willis film Surrogates was first released, I promised a review. I missed it in the theater but caught it last night on DVD. It is quite good–not quite in the class of Blade Runner–but definitely worth watching. The plot involves a dehumanized future in which a huge corporation–reminded me of Apple–invented a way for people to live their lives through custom designed robots. Most humans retreat into their rooms, working, loving, playing via their robot alter egos–Second Life on steroids. One of the genius aspects of the film is the way the actors looked like they aren’t quite human–flawless skin, facial expressions that appear a bit frozen–kind of like Joan Rivers. There is a great moment in which a “murdered” blond beauty robot turns out to be the alter ego of a fat, bearded man who looks eerily like Khalid Sheikh Mohammed’s mug shot–and the detectives don’t even react, that kind of subterfuge is so common.

The broader story involves a potential conflict between the Surrogate world and natural humans, who, disgusted with the dehumanization wrought by living through “perfect” robots, have retreated into officially recognized reservations, no machines allowed. Along the way, there are murders, chases, betrayals, and Bruce Willis in a fine performance as a tired and disillusioned cop who understands how isolated he has become–for example, he and his wife solely interact with each other from separate bedrooms as their robot selves. One of the best scenes is when the real Willis character goes out into the world, and can’t deal with the intensity of not being alone, even if everyone around him is a robot. I won’t spoil the story, but the movie tells us that being human may well be messy, hard, and sometimes heartbreaking, but transhumanist escapism is pathetic, destructive, and ultimately, wholly dehumanizing. 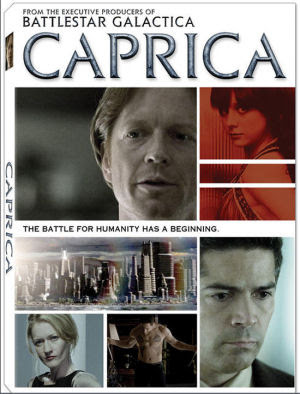 Meanwhile, over at the SyFy Network, Caprica–a prequel series to the truly splendid series Battlestar Galactica–also deals with the Siren threat of transhumanism and the futile human desire for immortality. The story involves the creation of the Cylons, cyborgs with AI, that in fifty-eight years will all but wipe out humanity at the beginning of the Battlestar story.

The trouble begins with the invention of a way for people to live alter, pseudo lives–only unlike Surrogates, the alternate world is in cyberspace. To play in the cyber world, one must be fully scanned–which creates an exact physical and emotional duplicate self to exist unphysically–much like the transhumanist yearning to be uploaded into computers.

The freedom of living a pseudo life leads to utter escapism and hedonism–orgies, in which no bodies actually ever touch–even human sacrifice, in which no one is actually killed. But the decadence of cyberspace has adversely impacted the real world–at least in the opinion of a new religious minority known as Monotheists, some of whom are in revolt against the values of mainstream society (akin to Pagan Rome), and resort to terrorism. When the inventor of the cyberworld’s daughter is killed in a terrorist attack, he captures her alternate reality avatar and places her consciousness in a battle robot–the first Cylon. The world of Caprica also–without preaching–concerns societal controversies we don’t deal with here, sexual ethics, the power of religion, group marriage, ethnic prejudices, political corruption, the privileges of the elite, etc. The series is only a few episodes in, but I am already hooked.

I chose the title What It Means to be Human for my podcast because bioethics and human exceptionalism touch on the deepest and most important aspects of our humanity and culture. That is also what the best science fiction does. If these issues fascinate you like they do me–and you want to be entertained rather than preached at (that’s my job, ha!)–Surrogates and Caprica fill the bill.

The Year is Ending, But Our Work is Not 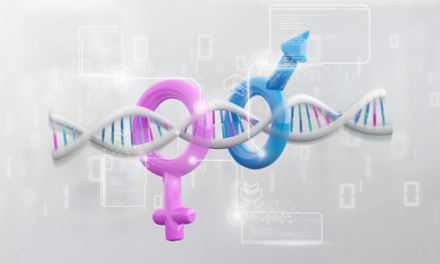