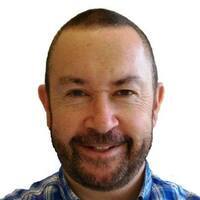 April 1st this year made April fools of those British people who believe something that is criminal in the UK should not be facilitated and encouraged abroad by the courts’ award of public monies. It was the day on which the UK Supreme Court told British taxpayers that, in future, our cherished and cash-strapped state National Health Service (NHS) will be forced to pay clinical negligence claimants six-figure sums to pursue commercial surrogacy abroad, which is forbidden under UK criminal law. The beginning of commercial surrogacy tourism abroad on public money. A judgment that seems to have flown under the media radar on account of the global coronavirus pandemic crisis.

The leading judgment on this case – Whittington Hospital NHS Trust v XX – was given by the Rt Hon Baroness Hale, who has since retired as president of the UK Supreme Court. Lady Hale is not new to controversy. In September 2019, she ruled that the government’s decision to prorogue Parliament was illegal: a highly controversial edict that was regarded by many as an example of judicial overreach and covert political activism. The accomplished jurist and legal philosopher, Professor John Finnis (2006 recipient of the Center for Bioethics and Culture’s Paul Ramsey Award), responded with a damning 14-page critique published by the Policy Exchange, in which he refers to Lady Hale’s judgment as “through and through political”, an act of irreversible damage to the rule of law, and as a “usurpation” of supreme constitutional power.

The commercial surrogacy judgment of April 1st feels like similar overreach and is likely to lead to an increase in the physical, emotional and financial harm caused to vulnerable women by this exploitative multi-billion dollar industry, and in the physical and emotional harm caused to the children who result from it. The fact that the casualties will be kept at a safe distance from British shores evokes uncomfortable memories of our colonial, xenophobic past.

The compensation claimant, called “XX” to protect her anonymity, had been a victim of serious and tragic clinical mistakes, resulting in a late cancer diagnosis that necessitated medical procedures that sadly rendered her incapable of carrying her own children. Before these medical procedures, she had had some of her eggs harvested and frozen, with a view to being able to start a family via surrogacy, either with her own eggs, or with “donor” eggs. (“Donor” eggs are usually paid for.) XX had already been awarded £580,000 in the High Court for “long-term disability and psychiatric injury” plus £74,000 for two legal “altruistic” surrogacy pregnancies in the UK, using her own eggs. This was regarded by XX as satisfactory, and she was attempting to obtain the costs for four commercial surrogacy pregnancies instead.

For XX, commercial surrogacy in California had the appeal of contractual enforceability, greater legal certainty, and also the following: “A further disadvantage of the UK system in the claimant’s eyes is that ‘it is the surrogate mother who chooses the intended parent rather than the other way around … the idea of being at the mercy of someone else’s choosing, and attending informal parties to meet surrogate mothers frightens her.’”

Lady Hale regarded her claim as legitimate, and she has been awarded an additional £560,000 for four commercial surrogacy pregnancies abroad, bringing her total compensation award to over £1 million. Why four children? XX said she had wanted to have a large family, and asked for the court to grant compensation for commercial surrogacy pregnancies that would produce four children. The court obliged. Any pregnancies not resulting from XX’s own eggs will result from “donor” eggs.

However, XX said she would have pursued “altruistic” surrogacy in the UK, her less-preferred option, if the commercial surrogacy claim had been turned down. That would have saved the NHS almost £500,000 – enough to pay for about 100 knee and hip replacement operations for people in pain on long waiting lists. A Supreme Court president, on a salary of over £234,000, has the luxury of being able to avoid an NHS waiting list if she chooses to do so. Most people do not have the choice. With the NHS paying out £2.4 billion compensation in 2018/19, excessive and inappropriate claims will have serious consequences.

Perhaps there should also have been sensible reflection on whether XX will cope with the considerable physical demands of bringing up four children, given the comments on her disability in the original High Court Judgment: “Every journey has to be carefully planned in advance so that there are stopping points with known toilet facilities.” “Recently she had to return to her house from the bus stop, because of a stomach upset, three times, before she was able to get work.” “Her lifestyle is undoubtedly seriously restricted by her bowel and bladder symptoms on a regular basis.”

Two of the five Supreme Court judges who heard the appeal – Lord Carnwath and Lord Reed – dissented from Lady Hale’s judgment, stating that it was contrary to public policy. Lord Carnwath: “It would in my view be contrary to that principle for the civil courts to award damages on the basis of conduct which, if undertaken in this country, would offend its criminal law.”

Lady Hale had given the leading judgment on a similar case twenty years ago, in which she had come to a different conclusion. In her April 1st judgment, she refers to a change of public attitudes in the UK towards commercial surrogacy (but do the public really know about the harm it is causing to women?) as well as to developments in the law since then, to explain her change of mind.

An ardent campaigner for women’s rights, Lady Hale makes comments in her judgment that indicate her awareness of the potential for the exploitation of vulnerable women in commercial surrogacy, including in California. In a sorry case such as this one, we clearly see the burgeoning power of Big Fertility and the our-rights-at-all-costs lobby that supports it, to colonise our great institutions with their unconscionable ideology.

Gay Rights and Surrogacy Wrongs: Say “No” to Wombs-for-Rent