Updates from Sweden and Minnesota, USA 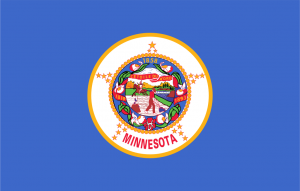 During the 2016 legislative session, Minnesota successfully established a surrogacy commission to examine the many complex issues relating to surrogacy. The Commission held its first meeting in June and is now gearing up for a series of meetings that will be held in the coming months. The next meeting is Tuesday, July 19th at 1:00PM, where the committee will discuss the health and psychological effects and benefits on women who serve as surrogates and on children born of surrogacy. Over the next few months, meetings topics will include but are not limited to: surrogacy and exploitation, business practices of the fertility industry, legal issues and surrogacy, and public policy determinations of other jurisdictions.

We are looking for several things to help us stop surrogacy from proliferating in Minnesota:

If you can help in any way, please contact us at: kmollen@surrogacyawareness.com 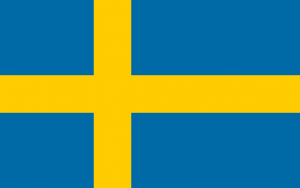 Stockholm UN Association has taken note of the final report of the government Committee on Expanded Opportunities for the Treatment of Involuntarily Childlessness, SOU 2016: 11, and hereby submit our consultation response.

Stockholm UN Association supports all suggestions made in the report.

Commercial surrogacy should not be permitted in Sweden and society should discourage this type of surrogacy, even when it is done in other countries. According to the investigation, we want to emphasize that commercial surrogacy is contrary to UN conventions on women’s and children’s rights, both of which prohibit the trafficking of women and children.

We share the view that commercial surrogacy is considered to be similar to organ trafficking or selling gametes.

We also support the proposal that altruistic surrogacy should not be allowed in Swedish healthcare. As with the investigation, we believe that pressure, feelings of inner compulsion, or hidden economic motives can never be ruled out or proven. What it means to carry, give birth, and then give away a child can never be agreed on.

Stockholm UN Association would like to emphasize that both the so-called altruistic and commercial surrogacy mean that a contract is drawn up on the right of the woman’s body and the rights of the child, which in itself is a violation of the basic right of human dignity.

We support the proposal to carry out information campaigns about the serious problems of surrogate arrangements in order to discourage couples or individuals from considering the purchase of children through commercial surrogacy in other countries.

In addition to the proposals made, the Stockholm UN Association would like to emphasize that the facts presented give strong arguments for a significant tightening of the legal room regarding surrogacy. It is unreasonable to leave this kind of trade unregulated. Legislation in combination with information campaigns stand out as the best way to counter the demand for surrogate arrangements, and in this way ensure both women’s and children’s rights.

Surrogacy is a growing global commercial industry worth billions. Surrogate clinics and various associated companies are constantly looking for new markets, mainly in poor countries, to find surrogate mothers. When countries have closed their markets to foreign buyers because of the exploitation of women and children that occurred, such as in India and Thailand, the industry has moved to other, often poor, countries where a market of women and children is possible. Parallel to this, surrogate clinics and associated businesses are established to a growing extent in Sweden, and other rich countries, in order to find buyers. In April 2016, for example, the first international office for commercial surrogacy opened in Stockholm.

As in France, Germany, and Italy, Sweden should introduce a ban on all aspects of trade in surrogacy, that is, preparation for the development, marketing, and implementation of surrogacy. Here is an example of an Italian law (12 Art. 6 § Law no. 40, February 19, 2004), which prescribes imprisonment and liability for everyone that in any way promotes surrogate arrangements. Just as in the Swedish rules on the buying of sex, it must also be made clear that the woman whose body is utilized is not criminal. She is a victim. Criminal liability should meet all parties conducive to a surrogate arrangement: clients, organizers of the business, providers of gametes and embryos, etc.

In Swedish law, penalty could be placed in the Penal seventh chapter on crimes against the family, now including crimes of corrupting family status and unauthorized extraction of consent or permission for adoption of children. The new offense may be classified as promotion of surrogacy. It should not require so-called dual criminality, that is, that the procedure is also a crime in the country where it is committed. Such regulation would be in line with CEDAW which States are required to use legislation to combat all forms of trafficking in women and should be urgently introduced.