Surrogacy Should Not Be Commercial 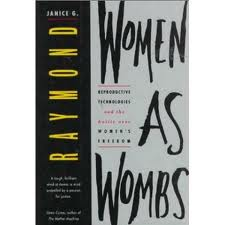 I don’t believe in surrogacy. But if it is to be allowed, commercial should be made against public policy just as we now do non vital, living organ donation. Alas, there is an ill-advised bill in the New Jersey Legislature to legalize commercial surrogacy. From the summary of Senate 1599:

This entitlement mentality is really getting out of hand in the West and turning living human bodies and their constituent parts into mere natural resources to be used and exploited by the well off.

In the Dune science fiction novel series, a certain race of women are lobotimized and used as biological gestational machines known as “axlotl tanks.” I don’t see the term “gestational carrier,” as much different from that. It is a disgustingly dehumanizing and objectifying label intended to take all the mothering out of being a birth mother. Why not just say human brood mare and be done with it? And while they are at it, why not add a codicil for the gestational carrier to be paid for wet nursing services? It would be better for the baby to nurse anyway, and if that caused emotional problems for the “milk producing unit,” so what? That’s what she’s paid for.

All this twisting ourselves into legal and moral pretzels when there are so many children waiting to be adopted!

Why the Gay and Lesbian Equality Movement Must Oppose Surrogacy