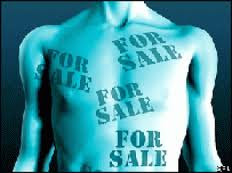 Some people believe that all of us have an obligation to participate in live organ donation, that is, giving one of our two kidneys or a lobe of liver. While I certainly admire those who risk their lives and health to help others, I don’t think anyone is ethically obliged to give a piece of their body when the risks could be severe. One case came to light recently in which a donor of a liver lobe tragically died during the surgery. From the CNN story:

As Lorraine sat in the waiting room with Susie that May morning two years ago, she prayed her husband’s liver lobe would cure her brother-in-law. She prayed for her husband, too, but she was less worried about him, since she says the surgeons had reassured them while liver donation wasn’t without risks, it was safe for Paul, a 56-year-old man in good health . . . Her husband died that very day on the operating room table. “We walked into the hospital a married couple, and I left the hospital at the end of the day as they loaded my husband onto the coroner’s truck,” says Lorraine, who has hired a lawyer and plans to file a lawsuit against the hospital. Paul Hawks, an electrician for the Florida Department of Transportation, was one of more than 4,500 people in the United States in the past 25 years who have donated a section of their liver while still alive. Death is rare: Besides Paul, three other donors have died since 1999.

I bring this up because there is a great push being made to allow organ selling, including from live donors. But the sellers would generally be poor. If we are going to permit live organ donation, fine. But we should not permit financial inducements to tempt people to risk their lives and health.

No One Should Have No One

With Artificial Wombs, Who Needs Women?