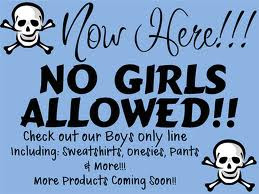 A Canadian pundit named Kelly McParland has a good critique of how IVF has devolved procreation into consumerist reproduction. He writes in reaction to an American IVF clinic advertising sex selection, meaning that all embryos of the “wrong sex” become medical waste based on eugenic calculations. From, “Sex Selection Ads Are a Recognition of Canada’s Indifference to the Baby Industry:”

Since there is no law on abortion in this country, anything goes. Why should a fertility clinic be any different? A clinic that offers women a choice on which babies to have — male or female — is simply providing the public an accurate account of its services. So the Washington Center for Reproductive Medicine is merely availing itself of the opportunities Canada offers when it encourages readers to “create the family you want” using reproductive technologies. Wary of the competitive market it’s in, the clinic promises “highest integrity competitive pricing with no hidden extras” (like, for instance, an unwanted girl baby?). “Due to the economic situation, we are striving to make our IVF package prices affordable to our patients.” Just like Honest Dan’s Used Car Lot, down the street. Maybe the two could get together: Choose a girl and get $1,000 off a pre-owned Ford!

Indeed. And the people who helped create the crass attitudes about the unborn leading to this mess are silent:

The irony is that if sex selection were more popular, and was as uncontrolled in other countries as it is in Canada, it might eventually reduce the ranks of feminists by artificially restricting the growth of the female population in general. It puts feminists in the odd position of defending the right of women to decide against female babies on the basis that females aren’t as valuable or desirable as males. How much more discriminatory can you get than advocating the inherent value of one sex over the other? Don’t ask me, ask the feminists. It’s their position, not mine.

As I’ve said before, we live in a most bizarre time. On one hand we move heaven and earth to not only have a baby, but the baby we want in the way we want to have him or her — even hiring destitute women as “gestational carriers,” and assuring ourselves falsely that we are not exploiting them. On the other, if we decide we don’t want the baby — whether due to personal issues or eugenic calculations — we shrug as the gestating life is destroyed. And there is growing advocacy for “after-birth abortion”, which would allow infanticide if we didn’t want the baby, added to which we could discuss again the “wrongful birth” lawsuits.

Such are some of the consequences of rejecting human exceptionalism.

Some days I just don’t sleep so well at night

Could Stem Cell Research Allow A Man to Become a Mother?