Peter Singer Has No Right to Judge Anyone’s Ethics 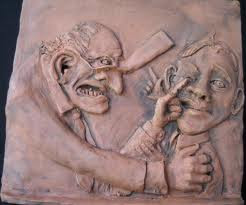 When I read that Peter Singer was going to sit in judgment of the ethics of meat eaters for the ridiculous “The Ethicist” feature of the NYT Magazine, I thought that it figures. I have seen the mainstream media engage in far too much airbrushing of bad people — Kevorkian — and people holding wrong ideas — Singer — to just let it go. So, I decided to put some of what Singer actually believes out there as a refresher course. From “Peter Singer Has No Right to Judge Anyone’s Ethics” in the Daily Caller:

Only The New York Times would hold an essay contest about “ethics” and make the most unethical “ethicist” in the country a judge. Here’s the story: “The Ethicist” — a high-brow Dear Abby-type feature that runs weekly in the Sunday Magazine — announced a contest challenging meat eaters to defend the ethics of their diet. Needless to say, the essays will be judged by anti-meat eaters, described by the paper as “a veritable murderer’s row.”

That is an ironic turn of phrase given that the notorious Peter Singer is oneof the judges. Singer is a radical utilitarian who denies that human lives necessarily have greater value than those of animals. Indeed, along the lines of the recent “after-birth abortion” pro-infanticide conflagration, Singer believes that some human beings aren’t “persons” and thus have no right to life. He even believes that these human beings can be used instrumentally — in medical experiments, for example.

Singer is the NYT’s favorite ethicist — allowing him to write frequent articles and treating him with the respect they would never give an abortion or assisted suicide opponent no matter how credentialed, much less someone with views akin to racism.

Rather than describe his views, I quote him on different issues, that in my view, make his advocacy immoral and highly objectionable:

If you are interested, you can read the piece to read the quotes, which were not cherry picked, but I believe, accurately reflect his views. Here’s my conclusion:

Peter Singer repeatedly accuses “speciesists” of being akin to racists. But he’s the one advocating invidious discrimination against the most weak and vulnerable people in our society, based merely on physical characteristics. Such crass anti-human-equality views may play well in the rarified atmosphere of the elite academy and the editorial offices of The New York Times. But most folks recognize bigotry for what it is. Peter Singer has no right to judge the ethical splinter in meat eaters’ eyes until he removes the redwood trees from his own.

Singer’s prominence, and the respect he receives in high places, really is a symptom of our degenerating times.