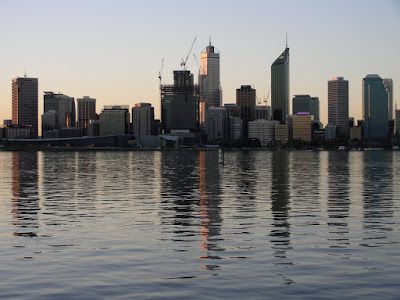 During my recent anti-euthanasia national tour of Australia, I was brought to Perth, the capital of Western Australia, because opponents expected a legalization bill to come up for a vote. I met some state MPs, gave a speech to a good size crowd, and was very encouraged by the energetic community of opponents, all of whom earnestly assured me they were utterly dedicated to defeating the bill. And that is just what they did. From the story:

A CONTROVERSIAL bill that would have made WA the first state in Australia to legalise euthanasia has been defeated after MPs were given a conscience vote on the subject. Parliamentary debate on the Voluntary Euthanasia Bill began on Tuesday, with WA Premier Colin Barnett and Opposition Leader Eric Ripper allowing a conscience vote on the issue. The bill was defeated 24 votes to 11.

(Photo of Perth skyline by WJS)