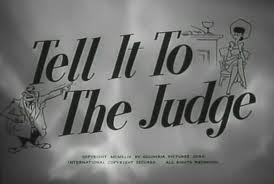 The Journal of the American Medical Association published an article by Douglas B. White, MD and law professor Thaddeus M. Pope, arguing that intractable futile care disputes belong in court. (In a medical futility dispute, doctors seek to withdraw life-sustaining treatment over the objections of patient or surrogates.)

The authors set out three conflicting interests involved in what I call Futile Care Theory — as if the three carry equal weight. In my view, they emphatically do not. From “The Courts, Futility, and the Ends of Medicine” (January 11, 2012 — Vol 307, No.2, no link):

Patients have an interest in receiving care consistent with their values.

Agreed. Indeed, patient values should, by far, be deemed the most compelling and weighty interest, given — as the authors concede — that medical futility decisions sound in values rather than purely medical considerations.

Physicians have an interest in not being compelled to act against their beliefs about how to best respect human dignity near life’s end.

If such an interest exists in medical futility disputes, it should be considered far less weighty than those of the patient/surrogate. (This is a different matter then when a doctor believes a surrogate is insisting on treatment the patient did not actually want. So, let’s not get into that kind of dispute in our discussion here.)

But Wesley, people familiar with my work might say, you strongly support medical conscience rights. Indeed, I do. But I have also written that an exception exists when — as in medical futility disputes — “a patient’s life is at stake.” Since the treatment would be withdrawn precisely because it is keeping the patient alive, allowing doctors to declare life-sustaining care “futile” is to really declare the patient to be futile.

No. When Futile Care Theory first was espoused, we were assured it wasn’t about the money, when we always knew that, at least in part, it was. But doctors cannot always serve society and provide patients with optimal care. When the two conflict, the patient’s interests — as the patient perceives them — must prevail over whatever responsibility a doctor may owe to society.

Besides, it is “fair” that some patients receive far more expensive interventions than most of the rest of us. Yes, such patients are receiving a disproportionate share. But that is due the vicissitudes of life. Indeed, that “expensive” patient could be any one of us. Thus, I disagree that it is unjust that the very few unfortunates among us involved in futility disputes are receiving an unjust benefit.

Some futilitarians believe that these disputes should be decided internally via hospital ethics committee administrative processes — which I have repeatedly and adamantly opposed. But White and Pope — the latter of whom I have crossed swords with on occasion — laudably assert that these disputes belong in court, which they argue, would accrue three benefits:

If I had (have) my way, most of these cases would never get to court because the burden on the those seeking to impose futile care treatment cut offs would be too high to usually prevail.

Please understand, I am not saying that it would never be right to withdraw wanted treatment, or that a court should never issue such a degree. Any one of us can conjur a scenario in which imposing increasingly painful and extreme interventions could cross the line into abuse. But these disputes do need to be decided via the rule of law, which means being heard in open court, with both sides subject to cross examination, the keeping of a public record, and the right of appeal. On that point, at least, White, Pope, and Smith agree.

When In Doubt, Choose Dehydration