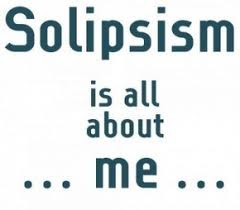 The Discover magazine blog has a piece posted by one Kyle Munkittrick, which explains in a very succinct and understandable way, the socially anarchic values that lie at the heart of transhumanist Utopianism. First, Munkittrick describes the near-metaphysical goals of the movement: From “When Will We Be Transhuman?”

As a movement philosophy, transhumanism and its proponents argue for a future of ageless bodies, transcendent experiences, and extraordinary minds.

Ah, but the devil is in the details. Munkittrick sets forth seven “indicators” of when transhumanism can be seen to have succeeded. Here they are in a necessarily abridged form:

1. Prosthetics are Preferred: The arrival of prosthetics and implants for organs and limbs that are as good as or better than the original. A fairly accurate test for the quality of prosthetics would be voluntary amputations.

I have warned that transhumanism supports the amputation of health limbs for those with Body Integrity Identity Disorder — a terrible mental illness. But this article makes it clear that such unwarranted surgery would not be limited to people who are emotionally disturbed. So much for medicine’s “do no harm” ethos.

2. Better Brains: There are three ways we could improve our cognition. In order of likelihood of being used in the near future they are: cognitive enhancing drugs, genetic engineering, or neuro-implants/ prosthetic cyberbrains.

Good luck with that. Who are going to be the guinea pigs to learn how to do it? Animal research would be essential, and human subjects too. And even if we could somehow be made smarter, that would not in any regard mean we would be better. In fact, I think very high intelligence is a highly overrated trait. Loving people, regardless of IQ, is what we really need, and that doesn’t come from technological recreationism.

3. Artificial Assistance: Artificial Intelligence (AI) and Augmented Reality (AR) integrated into personal, everyday behaviors. In the same way Google search and Wikipedia changed the way we research and remember, AI and AR could alter the way we think and interact.

Ah, the old transhumanist lament: We’re inadequate in every way, and we don’t live long enough. But just as a lake or pond needs the regular infusion of fresh water to remain healthy, society needs generational change to keep from becoming reactionary and stagnant.

5. Responsible Reproduction: . . . Responsible reproduction will involve, first and foremost, better birth control for men and women. Abortions will be reserved for the rare accidental pregnancy and/or those that threaten the life of the mother. Those who do choose to reproduce will do so via assisted reproductive technologies (ARTs) ensuring pregnancy is quite deliberate. Furthermore, genetic modification, health screening, and, eventually synthetic wombs will enable the child with the best possibility of a good life to be born. Parental licensing may be part of the process; a liberalization of adoption and surrogate pregnancy laws certainly will be.

6. My Body, My Choice: Legalization and regulation will be based on somatic rights. Substances that are ingested – cogno enhancers, recreational drugs, steroids, nanotech – become both one’s right and responsibility. Actions such as abortion, assisted suicide, voluntary amputation, gender reassignment, surrogate pregnancy, body modification, legal unions among adults of any number, and consenting sexual practices would be protected under law. One’s genetic make-up, neurological composition, prosthetic augmentation, and other cybernetic modifications will be limited only by technology and one’s own discretion.

Social anarchy and amorality run amok. Ironically, rather than promoting radical individuality, I think such a society would end up socially enforcing a stultifying uniformity, with culture of death undermining the value of the lives of all perceived to be transhumanally inferior.

7. Persons, not People: Rights discourse will shift to personhood instead of common humanity. I have argued we’re already beginning to see a social shift towards this mentality. Using a scaled system based on traits like sentience, empathy, self-awareness, tool use, problem solving, social behaviors, language use, and abstract reasoning, animals (including humans) will be granted rights based on varying degrees of personhood . . . When African grey parrots, gorillas, and dolphins have the same rights as a human toddler, a transhuman friendly rights system will be in place.

Destroy human exceptionalism and you will also destroy universal human rights. Or to put it another way, if a toddler were ever seen as the moral equal of a parrot, the parrot wouldn’t gain the right to life, the toddler would lose it.

Transhumanism is a nihilistic and solipsistic rebellion against the existing social order, personal behavioral restraint, and the unique dignity of every human being. More dangerously, it is thoroughly Utopian. As the French Revolution and its many and bloody progeny have repeatedly demonstrated, even the most well meaning Utopian enterprises rarely end well.