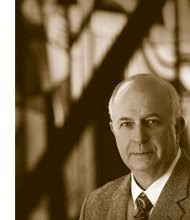 We’ve decided to run in its entirety the speech Dr. Gilbert Meilaender gave on May 2, 2009 when he received the Paul Ramsey award. You can read his speech here:

Meilaender quotes in his speech, one of my favorite Paul Ramsey quotes from his book The Patient as Person,

“There may be valuable scientific knowledge which it is morally impossible to obtain. There may be truths which would be of great and lasting benefit to mankind if they could be discovered, but which cannot be discovered without systematic and sustained violations of legitimate moral imperatives.”

Are Our Children a Means to an End?