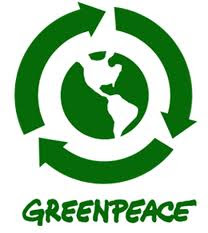 I wrote a few weeks ago about the European Union’s highest court ruling that products made from embryonic stem cell research cannot be patented. First Things asked me to do a longer article, which appears today in The Public Square. I start by explaining that the embryonic stem cell sector is about treatments, yes, but also commerce. From the concludion to “A European Victory for Ethical Stem Cell Research:”

To be sure, ESCR scientists do want to find efficacious treatments. But ESCR scientists also want to get rich—which is why academics often create start-up biotech companies or partner with industry before publishing their experimental findings. But in order to hit the financial jackpot, researchers and biotech companies need patent protection for the processes and products they develop in the lab. Otherwise, they could invest millions, and years of effort for the research, only to have someone else copy and market the product without risking a plug nickel.

And therein lies a very big rub. Almost from the day human embryonic stem cells were derived, legal fights have erupted over patent rights. Indeed, even as the media railed against Bush for supposedly holding back the ES cell sector, some within the science community quietly acknowledged that patent disputes constitute the real threat to the commercial viability of embryonic stem cell-industry, even if the over-hyped promise of cures ever proves medically efficacious.

I proceed to describe the three major points made by the court in it’s ruling, noting that this case wasn’t filed by the Catholic Church or the forces of reaction. Rather, Greenpeace brought down the patent boom on European Biotech. Yes, that Greenpeace!

1. For purposes of patent law, an embryo comes into being from the completion of fertilization. (Non of that an embryo begins at implantation junk political biology):

2. Embryonic stem cells are not patentable because they are derived from destroying the embryo.

3. Products that are made from ES cells, such as prognitor cell formulas, are also not patentable for the same reason.

The ruling doesn’t regulate ESCR per se, but I opine that it will negatively impact the ESCR/human cloning companies and boost those engage in ethical stem cell research:

Venture capitalists now may be unlikely to put significant money into the development of ES cell-derived products that cannot be protected from copying or imitating. The same goes for human cloning research since the ruling explicitly included somatic cell nuclear transfer (SCNT). The ruling also boosts normal adult stem cell research and induced pluripotent stem cell experiments—in which a skin cell can be reprogrammed into a stem cell—because they and products derived from these sources can be patented in Europe. American companies are not affected directly by the ruling. But they could still be materially impacted if they seek to sell their ESC-derived products in countries where the ruling applies.

The ruling conveys the same implicit moral message President Bush delivered when he restricted federal funding of ESCR: Human embryos are not chopped liver. As nascent human beings, they matter morally. Companies that use human life as a mere corn crop should not be rewarded financially for the act of destroying human life.

This is a bigger blow to human cloning research and ESCR than the sector is admitting. Wouldn’t want those stock prices to plunge.