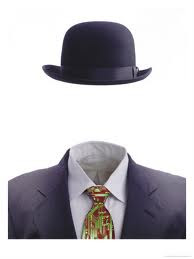 When I was practicing law full time from the mid 1970s into the 1980s, there was tremendous on emphasis suicide prevention. Hotlines proliferated, anti suicide billboards were ubiquitous, and a great deal of attention was paid to the issue throughout society.

Then, the assisted suicide movement began arguing that some suicides were good. The corrosive effect of the movement, among other factors, has enervated the suicide prevention movement, to the point that when someone sent me a suicide threat on email several years ago, I couldn’t find a prevention center to help him in his area code!

You’d never know it’s National Suicide Prevention Week (Sept. 4 — 10), or that Saturday, Sept. 10th is World Suicide Prevention Day. But then again, as I’ve written before, it’s been increasingly clear that the Suicide Prevention Community has washed its hands of old, ill and disabled people — and surrendered at risk individuals in those groups to suicide and euthanasia advocacy groups.

Who can deny it? Pro suicide billboards are almost as common as anti. The late Jack Kevorkian has been lionized in some of the most blatant historical revisionism since Stalin air brushed Trotsky out of the history of the Bolshevik Revolution. How to commit suicide books are sold in bookstores and assisted suicide advocacy groups are treated with respect, bordering on awe, by many in the media, to the point that the anti doctor prescribed death side’s perspectives often aren’t included in stories about the issue. And when government promotes suicide prevention, it remains silent about assisted suicide advocacy.

In the UK, prosecutors routinely shrug at blatant assisted suicides. For pay suicide clinics have become magnets to the suicidal ill, disabled, and elderly in Switzerland. Meanwhile, some mental health professionals promote the odious notion of “rational suicide,” in which the psychologist or psychiatrists are told not to be judgmental about suicide. A Vermont newspaper has promoted assisted suicide as a way to help pay for the state’s new single payer health plan. Family members support the suicides of their elderly loved ones’, and proudly proclaim their role in their deaths to the media. We are developing, nay already have become, a pro suicide culture.

Drake discusses these matters and closes with a cogent note about the abdication of suicide prevention specialists to speak up against suicide promotion:

I don’t know what’s makes me angrier — that all of this assisted suicide advocacy goes on during a period in which suicide prevention is supposed to be promoted . . . Or the deadly, consistent and determined silence of the (cough) suicide prevention community when suicide is actively promoted as praiseworthy and deserving of “assistance” for old, ill and disabled people. Would it be too much to ask to just cancel the whole Suicide Prevention Week/Day thing? Right now, all those events are accomplishing is to highlight just how selectively the whole concept of “prevention” is being applied.

Quite right. In their silence over assisted suicide, the suicide prevention community has badly undermined its own mission. In effect, they are saying that only some suicides are bad. Once you do that, the list of “good” suicides grows. At the very least, it is like telling someone not to smoke, but if you do, use a filter cigarette. No wonder Suicide Prevention Week has become invisible.

When Leon Kass Speaks, We Should Listen