What We Are Becoming: Dying Man Paid to Live Stream His Assisted Suicide? 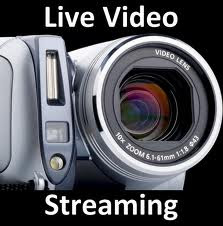 The World Health Association has warned media not to positively depict suicides, or even, air actual self killings, quote suicide notes, etc. because it could lead to copy cat deaths and/or create a suicide positive atmosphere. And yet, we see the BBC, 60 Minutes, and other programs and networks airing videos of doctor-prescribed deaths — as if those weren’t suicides. Now, the next step in this nihilistic game: a live-streamed assisted suicide in which a dying man is apparently being paid to kill himself. From the Daily Mail story:

A terminally ill man with brain cancer will die in front of millions of people online this evening. Nikolai Ivanisovich, 62, will be given the lethal injection by a doctor at a clinic in Switzerland this evening.

Lethal injection? That’s active euthanasia, which unlike assisted suicide is not legal in Switzerland. I suspect that is a mistake — unless the suicide clinics now plan to take their agenda to the next level.

Back to the story. Money is apparently changing hands:

The site is run by billionaire businessman Alki David, who has bought the exclusive rights to broadcast the event, according to Radar Online. Mr Ivanisovich told Russia Today: ‘I am grateful to Mr. David and his team for making this possible. ‘My family will be able to live in prosperity after I pass. May God bless Mr. David for his kindness and generosity.’

Mr Alki said: ‘We are creating a new form of interactive special interest with Battlecam’s unique voting system. The online audience will actually vote whether they want to see the suicide or not.

What a ghoulish and sickening enterprise, a first cousin of a snuff film ,presented by a video game mogul for the voyeuristic thrill of his audience — and for the purpose of normalizing assisted suicide. Culture of death, Wesley? What culture of death?