Sell Your Kidney to Pay for School 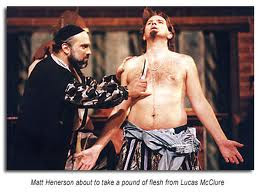 This makes Shylock’s pound of flesh seem like a bargain. A Scot professor (of course!) has urged that university students burdened by tuition debt be allowed to sell one of their kidneys to pay the bills. From the story:

STUDENTS should be able to sell their kidneys for tens of thousands of pounds to pay off university debts, according to a Scots academic. Sue Rabbitt Roff believes making it legal to sell the body part would boost the number of organs available to save lives and help students struggling with money. She argues that donors should be paid the average UK annual income of around £28,000. It is currently illegal to sell organs and tissues in the UK under the Human Tissue Act (2004) and across the world apart from in Iran. The National Union of Students (NUS) in Scotland described the idea as “ludicrous” and said students should not be expected to lose a body part to pay for their education.

This won’t happen any time soon, but organ selling is being pushed in some very high places — such as by noted American psychiatrist and public advocate, Sally Satel. Once we accept it is okay to sell body parts — which we already do with egg sales (a reason such transactions should be banned) — the only place left for haggling will be the allowable organs and the price. Or to put it another way, we are all potentially coal mines now.

This is great news!