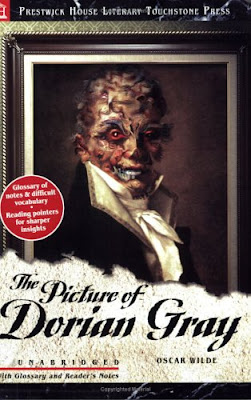 I am not a big believer that science will extend the normal human lifespan anytime soon–if ever. But I find it interesting that the transhumanist idea of immortality has caught on in some influential circles, with some insisting that the prevention of aging is a moral imperative. For example, the immortality extremist, Aubrey de Gray, stated in a lecture I attended that money to help improve health care in Africa should be diverted to his type of research, and moreover, not to do so was an equivalent evil to terrorism.

An article in today’s Telegraph suggests the potential price that could come from dramatically extending lives–free access to suicide and a state-imposed dramatic population control that would dramatically reduce the number of young people. From the story:

People will simply choose to end their own lives in the future, when anti-ageing drugs that could extend lifespans by many years become commonplace, according to an expert on longevity. But birth rates might also have to be centrally controlled to cope with rising numbers of old people, Dr David Gems of the Institute of Healthy Ageing at University College London said. Dr Gems, who is researching ways of slowing ageing, said society faced “a strange future”.

To say the least. Gems’s next assertion needs some thinking through:

He argued that prolonging life with anti-ageing drugs that could delay the onset of age-related diseases such as cancer and Alzheimer’s, was a moral imperative comparable to the eradication of smallpox. “The potential for reducing suffering is absolutely immense,” he said. The idea that developing illnesses later in life was more acceptable than developing them earlier “needs to be combated”, he added. But he pointed out that if science enabled “quite dramatic increases in longevity” that could lead to large scale social changes. Among them would be societies dominated by old people and higher populations as a result of lower death rates.

It strikes me that we need to differentiate research aimed at alleviating diseases of a normal life span–e.g. Alzheimer’s, the impact of stroke, etc.–from research intended to dramatically extend the normal life span, such as de Gray’s. The former is important precisely because it will alleviate suffering and benefit society. The latter, however, is to rob the future. It is too expensive, probably futile, and in the end–profoundly selfish.

And notice the utopianism–and the raw fear of death:

At first drugs will only extend lifespans by small amount like six months to a year, he said, but scientists will continue to improve treatments extending life. “We will be stuck on a treadmill of ever greater lifespan extension,” he said. “But we have to say ‘yes’, we have to put the treatment of suffering first. “Morally, we have to continue looking for ways to decelerate ageing – there’s no end to this research.”

No end? No end? We are not passive flotsam and jetsam floating on the current. We have free will, and there are areas we should not go–at least, not on the public dime.

In pondering this, I am struck by the wisdom of Leon Kass in “The Case for Mortality” (American Scholar, 52-Spring 1983, no link):

In perpetuation, we send forth not just the seed of our bodies, but also a bearer of our hopes, our truths, and those of our tradition. If our children are to flower, we need to sow them well and nurture them, cultivate them in rich and wholesome soil, clothe them in fine and decent opinions and mores, and direct them toward the highest light, to stand straight and tall—that they may take our place as we took that of those who planted us and who made way for us, so that in time they, too, may make way and plant. But if they are truly to flower, we most go to seed; we must wither and give ground.

This is by no means a call for elderly people to die and get out of the way, as former Colorado Governor Richard Lamm once put it, badly (and inadvertently) mangling Kass’s point (as discussed in my Culture of Death).

Bottom line: Those who desperately seek human immortality seek to overcome the powerful beat of the natural rhythms of life. If they ever succeeded, it would rob life of vibrancy and the healthy acclimation to changing circumstances creating by the entry and exit of successive generations, resulting in a stultified species mired in reaction.

Our forefathers and mothers cared as much about their progeny (us) as they did themselves. Many today agree: To them, it is all about us.

This Week in Bioethics #113

On the Road to Take On #BigFertility