Will European Court Declare That Right to “Family Life” Include the Right to Mercy Kill? 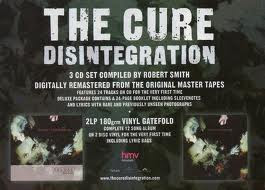 I have been noticing that the so-called right to family life has become the justification for a multitudes of problems in Europe — such as not jailing felons as a human right matter due to impact on family and not deporting foreign terrorists living in the UK — issues that are beyond our scope here. But now, it may be used as the justification to create a right of family members to mercy kill each other.

The case arose in Germany, where a Mrs Koch, who became a quadriplegic after an accident, wanted her husband to be able to assist her suicide, and both sued to obtain the right to assist a suicide as a matter of right. The German courts threw out the case, and the couple went to Switzerland to make Mrs. Kock dead. And now, the husband has prevailed on appeal to the European Court of Human Rights, that the case may proceed on the merits. From the court ruling in Application no. 497/09 by Ulrich KOCH against Germany:

Relying on Article 8 of the Convention, the applicant complained that the domestic authorities’ refusal to authorise his wife to acquire a lethal dose of pentobarbital of sodium had infringed his own right to respect for private and family life as his wife had been prevented from ending her life within the privacy of their family home, as originally planned by the couple, and instead he had been forced to travel to Switzerland to enable his wife to commit suicide. There had been no pressing social need to deny the applicant’s wife the right to acquire the drug. It would not have entailed any risk for public health or the health of any third individual to allow her to acquire the drug. In particular, the measure had been disproportionate as the German Narcotics Act, as interpreted by the domestic courts, did not allow for any exceptions to the ban on acquiring the drug with the aim of allowing persons wishing to end their life to assert their autonomy.

The Government did not dispute the fact that the applicant had been emotionally affected by his wife’s suicide and the surrounding circumstances. It was true that the Court had accepted that under very specific circumstances serious violations of the Convention rights guaranteed in Articles 2 and 3 might give rise to additional violations of close relatives in view of the emotional distress inflicted upon them if their distress went beyond what was inevitably caused to relatives of a victim of a serious human rights violation. However, there was no indication that, in terms of degree and manner, the applicant’s suffering went beyond the burden that was inevitable when a spouse faced obstacles in organising his or her suicide.

The Court considers, in the light of the parties’ submissions, that the complaint raises serious issues of fact and law under the Convention. The Court concludes therefore that this complaint is not manifestly ill-founded within the meaning of Article 35 § 3(a) of the Convention. No other ground for declaring it inadmissible has been established. It follows that this complaint is to be declared admissible.

There’s much more here than I can fully discuss in a blog. Can you believe the weak argument apparently propounded by the German government? It basically conceded that suicide is sometimes a necessity! That point aside, this ruling doesn’t mean that a right to kill a sick family member on request will become part of the right to family life. But it does mean it could! Good grief, can you imagine the potential for murder, emotional abuse and coercion (as happened in the Myrna Lebov case), and other associated evils?

This is the same court that took a case on whether a chimp should be deemed a person. No ruling on that yet. But, I am beginning to think the Court of Human Rights is Europe”s equivalent to the USA’s Ninth Circuit Court of Appeals. Anything is possible.

Of Sperm and Smart Phones