Germany to Pay Costs of IVF to Increase Population 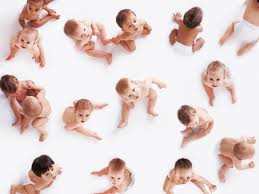 The birth dearth has Germany looking for ways to induce its citizens to have more Jungen und Mädchen. Now, the government may soon offer to pay for most of the costs of IVF as an inducement for German men and women to be fruitful and multiply. From the story:

Germany is poised to start paying couples who want families to have IVF treatment as it seeks ways to reverse its drastically declining birthrate. Family minister Kristina Schröder also pledged to cut down on bureaucracy for people who want to adopt. Pregnant herself and expecting a baby in June, Mrs. Schröder, said she found it ’intolerable’ that couples wanted children but couldn’t afford the cost of medical treatment. Germany’s population is aging fast; it has the lowest birthrate in Europe and parts of depressed former Communist East Germany have the lowest in the world.

Hmmm. Wouldn’t it be easier to offer tax incentives to young couples to have babies the old fashioned way? It would be less expensive. Plus, none of the risks associated with egg retrieval, the discarding of unused embryos, and the increased chances of miscarriage.

On another note, perhaps this shows the failure of the modern hyper secular ethic that was supposed to be the future for Europe. But there isn’t much of a future if there aren’t enough kinder — an issue out of my ballpark but a favorite topic of the inestimable Mark Steyn. Watch: Population control obsessives will not be amused.

This Just In — Eggsploitation in CAIFF