Aging Is Not a Disease 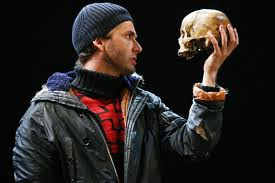 The Lutheran theologian and bioethicist Gilbert Meilaender — who served on the President’s Council on Bioethics — has a long and provocative article out in the current First Things. Contrary to the transhumanists and immortalitists such as Aubrey de Gray, Meilaender says that aging is not a disease. It’s a long article, that deals with many of the mortality issues, too many for me to get into it here. But there is food for thought even in a nutshell version. Here is how it starts. From “Thinking About Aging:”

As the number of our years increases, as we age in that simple chronological sense, we also age in a more important and profound sense. Gradually but progressively our bodies begin to function less effectively, and that increasing loss of function makes us more vulnerable to disease and death. Nevertheless, we should distinguish aging from disease. Unlike disease, aging is a normal stage of life that seems “built in.” It makes us more vulnerable to disease but is not itself pathology. No one dies because his hair turns gray, and the diseases often associated with old age can occur even apart from aging. Hence, to say that someone died “from old age” simply means, as the biologist Tom Kirkwood puts it, that his hold on life had “become so precarious that, had it not been this particular cause of death today, it would have been another tomorrow.”

Aging might be said to be natural for human beings in the sense that it happens to all of us (unless, of course, we die before getting a chance to age). And while few people seem to relish growing old, even fewer want to die young, without the opportunity to age. Nor is aging natural only for human beings. All mammals age, and, with only rare possible exceptions (such as the sea anemone), so do all living organisms. We grow, we experience puberty, we mature — and we age. That is the course of a normal, healthy life. If we do not think of the other, earlier stages of our development as problems to be overcome, and if aging itself is not a disease, then why think of it as a problem that needs solving?

That’s how I look at it, and believe me, my occasionally aching shoulders and progressively aching knees — not to mention the reflection in the mirror and my mother’s pending 94th — make this topic more than a matter of casual intellectual interest.

Meilaender opines that love could be the only reason to try and do away with mortality, but in the end, even that isn’t enough:

We need a fuller conception of our humanity and a deeper and richer understanding of love — one that is shaped by patience and hope in the struggle to understand what, really, is good for us.

I think that is the key question: Would immortality be good for us?

Would I want to live forever? No way. Do I want to die? Certainly not now. But I do need to die, hopefully for my ultimate individual good as Meilaender states, but beyond that — corporeal cessation is the right, natural, and ultimately necessary way of things.

Our posterity deserve their time as we are having ours. Helping us to live better as we age is one thing. But to treat it as a disease to be “cured,” in the Aubrey de Gray sense, so that we are ever young, is quite another. I think it is important that we face our ultimate fates maturely so that when we “thin out,” as Woody Allen once put it, we are thought well of.

The True Cost of Egg Donation

Belgian Euthanasia to Expand to Minors