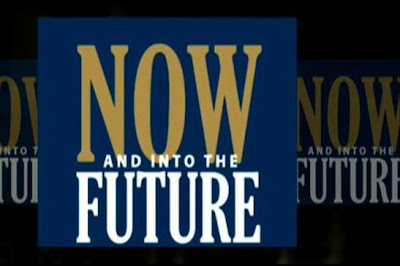 When George W. Bush praised scientists as having the talent and ability to discover and harness the healing potential of regenerative medicine ethically, that is, without needing to destroy embryos — his enemies scoffed. What a dope. His religion got in the way of the understanding that ESCR was the only hope.

That was then. Now, scientists are working with a number of techniques that are already providing hope in human trials — adult stem and umbilical cord stem cells — as they develop astonishing techniques that can reprogram normal cells into pluritpotent stem cells — IPSC, now being used in drug testing and to study disease — or now, even skip the stem cell stage altogether with direct reprogramming or “direct conversion.” More advances have been made on the latter front. From the story:

Suppose you could repair tissue damaged by a heart attack by magically turning other cells into heart muscle, so the organ could pump effectively again. Scientists aren’t quite ready to do that. But they are reporting early success at transforming one kind of specialized cell directly into another kind, a feat of biological alchemy that doctors may one day perform inside a patient’s body. “I think everyone believes this is really the future of so-called stem-cell biology,” says John Gearhart of the University of Pennsylvania, one of many researchers pursuing this approach.

The concept is two steps beyond the familiar story of embryonic stem cells, versatile entities that can be coaxed to become cells of all types, like brain and blood. Scientists are learning to guide those transformations, which someday may provide transplant tissue for treating diseases like Parkinson’s or diabetes. It’s still experimental. But at its root, it’s really just harnessing and speeding up what happens in nature: a versatile but immature cell matures into a more specialized one.

That isn’t to say that that studying ES cells wouldn’t have any scientific interest, as the story notes, and there is still a long way to go. But the CURES! angle would become obsolete — and with it, the politics of hype — as the scientific focus, and the research dollars shifted — and just perhaps, the resulting ethical regenerative medicine would stall the drive toward Brave New World

2013 Will Be a Contentious Year in Bioethics

Collapse of Decency: Murder Your Daughter — Be the Subject of Rock and Roll Song

Human Therapeutic Cloning at a Standstill