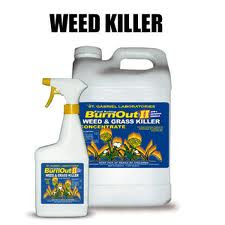 A public row in the UK has raised the fearful meme that we should be allowed to kill children with disabilities who are suffering. From the story:

Television pundit Virginia Ironside prompted outrage yesterday after saying she would suffocate a child to end its suffering. Shocked BBC viewers complained after the agony aunt said she would hold a pillow over the face of a child in pain. Minutes earlier the controversial writer said ‘a loving mother’ would abort an unwanted or disabled baby, and praised abortion as ‘a moral and unselfish act’…She added: ‘If I were the mother of a suffering child — I mean a deeply suffering child — I would be the first to want to put a pillow over its face… If it was a child I really loved, who was in agony, I think any good mother would.’

I have warned that our neurotic obsession with eliminating — as opposed to mitigating or alleviating — suffering leads directly to support for eliminating the sufferer. Yes, some were outraged by the statement. But the UK has already taken a hard turn onto Euthanasia Road, accepting killing as an acceptable answer to human suffering to the point that the public prosecutor has stated he won’t punish some assisted suicides. That leads directly, if farther down the road, to infanticide, as it has in the Netherlands and Belgium. In other words, with controversies like this the ground is being paved.

Indeed, we see increased support for the killing of the littlest sufferers — and not just from Peter Singer. For example — and I wish I were surprised — in the wake of the Ironside brouhaha, the left wing Guardian published an opinion article by Zoe Williams, “Abortion and Euthanasia: Was Virginia Ironside Right?”, who answers her own question, why yes she was. From the column’s conclusion:

There is a furious lobby that attaches a eugenicist tag to anybody who is pro-choice or euthanasia, but it silences its opponents in an underhand way by accusing them of hostility towards the disabled. Of course Ironside is not waging a war against the disabled: she simply said “life isn’t a gift per se”. There are plenty of circumstances that make it more burdensome than joyful. The fact that Ironside ruffled any feathers at all illustrates how important it is not to take this as tacit, but to say it out loud.

Of course it is hostility when killing is advocated as the answer to a life that is “more burdensome than joyful!” Good grief.

Many eugenicists of old advocated killing disabled babies and other unfit as if they were “weeds.” This is no different. The neo-eugenicists have simply learned not to express direct hostility for those they would prefer eliminated. Rather, the killing agenda it is couched in gooey euphemisms and words of oozing compassion. But the key point to remember is that the act advocated is the same. The underlying evil is no less loathsome merely because it is wearing prettier clothes.

Is There a “Right to Death?”

All +50 Ordered to Take Statins?

Immortality Would Not Be Pretty