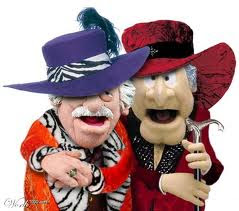 The UK is in the grips of an assisted suicide propaganda blitz, promoted, abetted, and encouraged by its often tabloid media. It was in this context that last February, a famous UK activist stepped forward with a shocking claim that he had assisted the suicide of his lover dying from AIDS by smothering him with a pillow. It made headlines at the time, but he was lying. From the story:

Ray Gosling, 71, a gay rights campaigner, pleaded guilty to wasting police time. He had told viewers that he killed his lover, named in court yesterday for the first time as Tony Judson, by placing a pillow over his face as he lay dying of Aids in hospital. Gosling received a 90-day suspended sentence for what the judge decribed as a “cruel fabrication”. Police spent £45,000, used 32 members of staff and wasted 1,800 man hours on investigating a mercy killing that never happened, Nottingham Magistrates’ Court heard.

I wonder why this guy would make up a false story of murder and spread it on national television? Because he knew the media is driven by emotional narratives, and love to report stories like this as exemplars of love and compassion. That positive coverage would, in turn, allow him to become a central playah in the assisted suicide debate. Imagine the fawning interview potential! (Just as George DeLury, who actually murdered his wife Myrna Lebov because she had MS, expected to be lionized.) Imagine the public acclaim! It works every time, as this fawning “Support Ray Gosling” Facebook Page illustrates.

The media are enablers of death in the international euthanasia controversy. They even made a hero out of the murderer and ghoul Jack Kevorkian (who wanted to engage in human vivisection and once tore out the kidneys of one of his assisted suicides and held a press conference offering them, “First come, first served). He now makes $50K a speech and was portrayed in a propaganda movie about his career by Al Pacino. Yes, I can see why others might want to jump on that particular gravy train.

Here is how Gosling presented himself at the time of his original “confession” on a television commentary program. From the story reporting his original arrest:

Mr Gosling said he was aware of the possible consequences and had no regrets. In the film, he said: “It’s a terrible situation. I loved him to bits. We had a pact — he said if the pain gets bad and if nothing can be done, don’t let him linger on. “I don’t think it’s a crime.” He said: “I said to the doctor: ‘Leave me… just for a bit,’ and he went away. “I picked up the pillow and smothered him until he was dead. “The doctor came back and I said: ‘He’s gone.’ Nothing more was ever said. “When you love someone, it is difficult to see them suffer.”

They eat it up every time. It was only when he was arrested that Gosling recanted. Pathetic.

There’s an important lesson here for anyone who wishes to see it. Particularly for reporters.

Dutch Reporters Miss Stories on “Do Not Euthanize Me” Cards