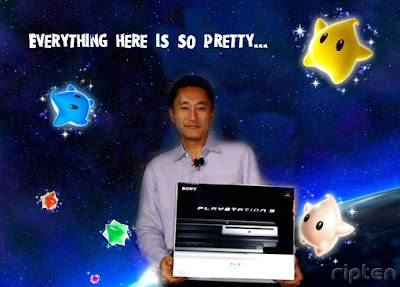 The issue of euthanasia, if it is to be properly considered, must be looked at in the societal context in which doctor prescribed death would be carried out. Indeed, issues such as elder abuse, the failures of health care systems, the continuing problem of inadequate palliative care, the isolation of people who are seriously ill or living with disabilities, etc., could not be more relevant to the societal conversation regarding the wisdom of legalizing assisted suicide.

But euthanasia activists don’t want to have that conversation. Instead, they wish to talk about their agenda as if we all live in what I call Euthanasia Land; a place where birds sing happy songs, every patient receives optimal care, every family is loving, every patient is fully autonomous and none are really depressed, and the idea of “abuses” can be banished by “guidelines,” notions as ridiculous as the moon being made of green cheese.

I bring this up because hearings are being held in Montreal about whether Quebec and/or Canada should legalize euthanasia. Apparently, witnesses are not keeping to the Euthanasia Land script, and the “death with dignity” advocates are not amused. From the story:

Quebec’s public hearings into assisted suicide continued in Montreal Wednesday, with an appearance by the president of the Right to Die With Dignity Association, among others. Hélène Bolduc told the all-party panel of MNAs leading the hearing that the debate is being sidetracked by calls for better palliative care, more hospital beds and better pain management.

Sidetracked? Good grief. Nothing could be more germane. And she betrays an antipathy toward proper hospice and end of life care I have noticed before among some euthanasia advocates:

“I don’t want to be against palliative care,” Bolduc said. “But I have to say: there is a limit. It’s not because I don’t believe in this type of care, but palliative care shouldn’t be practised with dogged determination.” She likened the palliative care community to the church, with doctors acting as “apostles of redemption.” Bolduc said she’s seen palliative care units in which health professionals try to delay an individual’s death as long as possible for the sake of the family, who want to see the patient resigned and serene. But they’re not serene, Bolduc said; they’re simply drugged to ease the pain.

This is nonsense. Hospices don’t try to extend patient lives, but aim at permitting a peaceful natural death. And if the point is to prevent suffering, being unconscious at the end accomplishes that goal.

In the end, alleviating suffering isn’t the point. What is really going on is the energetic pursuit of a nihilistic, pro suicide ideology:

The commission also heard from Sara Raphals, 89, a retired school teacher and cancer survivor. Raphals told the panel that there is little dignity in the way the elderly are treated and that suicide should be a basic human right.

That’s the real issue that the euthanasia movement raises. If suicide is a basic human right — rights apply to everyone, right? — then anybody and everybody be able to go to a clinic to be killed with drug overdoses. This is the debate we should be having because it is the intellectually honest discussion. The false premise of Euthanasia Land is just a diversion to take our eyes off the actual long term agenda.

Suicide Should Not Be Easy to Accomplish