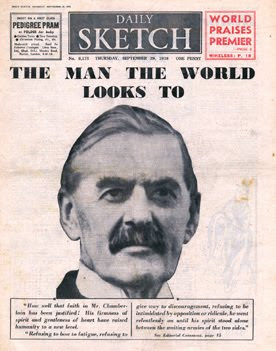 This was absolutely predictable: When the public prosecutor for England and Wales said he would not prosecute some assisted suicides if based on compassionate motives, I warned that it would open the dikes. And now, here it comes. A man with quadriplegia is seeking a court order allowing his wife to give him a lethal injection–clearly, murder–and not face prosecution. From the story:

A man with “locked-in syndrome” has begun legal action, asking the director of public prosecutions to clarify the law on so-called mercy killing. Tony Nicklinson, 56, wants his wife to be allowed to help him die without the risk of being prosecuted for murder. Mr Nicklinson, of Chippenham, Wiltshire, communicates by blinking or nodding his head at letters on a board. His lawyers say he is “fed up with life” and does not wish to spend the next 20 years in this condition. According to his legal team, his only lawful means of ending his life is by starvation – refusing food and liquids. His wife Jane says she is prepared to inject him with a lethal dose of drugs, but this would leave her liable to be charged with murder 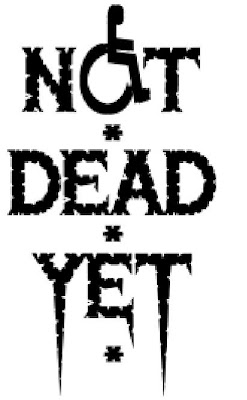 This is the logical consequence of appeasing euthanasia/assisted suicide advocacy: It makes people think there is a right to suicide, when there is no such thing. And note–the wife isn’t a doctor, proving, once again, that euthanasia isn’t a medical act. The story points out that a recent jury refusal to convict a mother who committed homicide of her disabled daughter, which also adds to the impetus of this case:

Such cases end up before a jury. In January Kay Gilderdale was cleared of attempted murder after she admitted helping her disabled daughter to die. In that case her daughter Lynn had attempted suicide.

No wonder the disability rights community see themselves as the targets of euthanasia advocacy–they are. What else are they to think when prosecutors and the public agree with despairing disabled people that their lives are not worth living. (We saw the same phenomenon in the Kevorkian acquittals, which so alarmed leaders of the disability rights community that it led to the formation of Not Dead Yet.