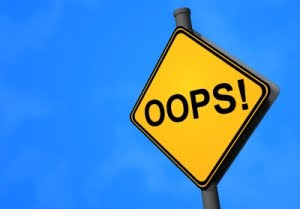 This just makes my head explode. A woman was implanted with the wrong embryos, and rather than honor another woman’s children and let them live, immediately terminated the pregnancy process. From the story:

A woman who sought help from a prominent Connecticut fertility center last year received embryos, but they belonged to another woman with the same last name. The mistake happened in April 2009 at the Center for Advanced Reproductive Services at the University of Connecticut Health Center, which will pay a $3,000 fine. A lab technician only checked the last name on the container with the embryos and pulled the wrong ones from frozen storage, according to the state Department of Public Health. Procedure is to check the medical record number and last four digits of the Social Security number. That patient who received the embryos was informed of the error within an hour and decided to take the “morning after” pill to prevent the pregnancy, according to state records.

IVF has proven to have many casualties, most particularly embryos treated as a mere thing–but also sometimes, as here, would-be birth and biological parents who become embroiled in terrible, heart wrenching circumstances. And that doesn’t even get into the culture of entitlement that IVF has helped foster (hello, Octomom!).

Still, what a contrast from the last time this happened. When the mistake was discovered in that case, the birth mother and her husband chose life for someone else’s baby. Which choice reflects unconditional love?

An Embryonic Disaster in the U.K.