“The Humanist Case Against Euthanasia” 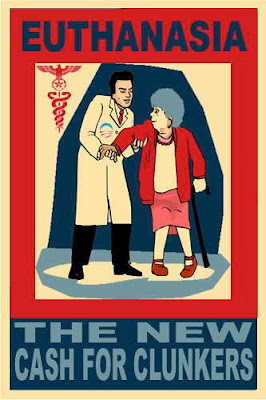 Pro assisted suiciders often claim that the only reasons to oppose euthanasia/self mercy killing are religious. They will claim that opponents see suffering as “redemptive” and thus desirable–intentionally misstating that doctrine– and oppose mercy killing on the basis that only God can take a life.

That caricature isn’t true, of course. Even the Catholic Church makes many arguments that are not based in its religious dogma but our human duty to care for the sick and protect the vulnerable. Moreover, the rational reasons for opposing assisted suicide are more numerous and robust than religious arguments, because they hit squarely in one of the few remaining areas of broad value agreement in society–at least in the abstract–the need to protect and promote universal human rights.

I have been making the rational argument against euthanasia/assisted suicide for 17 years, and Rita Marker for more than twenty. My good pal Nat Hentoff, an atheist, has been even more explicit in this regard, repeatedly arguing with his fellow secular humanists that opposing assisted suicide is that belief system’s proper position.

Now, Brendan O’Neill, the editor of Spike, has weighed in with a good column making the humanist case against legalizing assisted suicide. I don’t agree with all of it. For example, he would seem to prefer no law rather than legalization or prohibition, because that would permit people to decide what to do in the privacy of family and physician decision making. But once killing is not prohibited, it is by definition permitted–and the potential for abuse is way too dangerous to permit state neutrality on the issue.

But then, he makes some points, that euthanasia advocacy reflects a profound nihilism and anti human exceptionalism (my terms), that I think are very worth heeding. From the column:

It seems pretty irrefutable to me that the campaign to legalise assisted suicide has become bound up with society’s broader inability to value and celebrate human life today. It is clear that society finds it increasingly difficult to say that human existence is a good thing – you can see this in everything from the environmentalist discussion of newborn babies as ‘future polluters’ to the widespread scaremongering about the ‘ageing timebomb’. And you can see it in the fact that some in the pro-assisted dying campaign want to go beyond having ‘mercy killings’ for people close to death to having ‘assisted dying’ for the very disabled, the ill and even, in the case of Dignitas in Switzerland, the depressed. This effectively sanctions suicide as a response to personal hardship, and gives a green light to hopelessness.

That fits with squarely with my warning that humanism is mutating into anti-humanism. But back to O’Neill:

The campaign for the right to die has both been heavily influenced by and also influences today’s broader anti-life culture. It expresses a broader social pessimism, a shift away from improving human life towards focusing a great deal of our moral and political energies on bringing to an end damaged or impaired human lives. Quite often today the campaign for the right to die goes hand-in-hand with the idea that there are too many people – especially old people – and that society can’t cope with them. When Terry Pratchett, who suffers from early-onset Alzheimer’s, suggested creating assisted suicide tribunals he was championed by commentators who basically said: ‘Yes, we need to do something about all these old, mentally-ill people.’ One sympathetic commentator said the rising number of old people is a ‘social catastrophe’ and pointed out that a patient with dementia costs the economy eight times as much as a patient with heart disease. This is increasingly how we judge human life today: not by its internal worth or moral meaning, but by its financial implications or environmental implications.

Precisely. And it wouldn’t be limited to the elderly, but also people with disabilities and others who become deemed drags on society. That becomes the default setting once society rejects human exceptionalism.

Assisted suicide/euthanasia is one tile in a much larger and dangerous mosaic, which, in its rejection of human exceptionalism, profoundly endanger universal human rights. We need more secular humanists like O’Neill and Hentoff making that important case.

You Two and other cloning stories