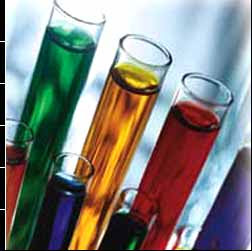 The argument over embryonic stem cell research–and it’s first cousin and real agenda, human cloning research–has always been an ethics debate, not a science debate. But that doesn’t mean that scientific efforts to find ethical “alternatives’ to ESCR should not be engaged. That is one reason why the ubiquitous adult stem cell successes in early human trials are so important, they show that good science is often good ethics.

Despite the great advances in the adult stem cell field–so notable that the California Institute of Regenerative Medicine, founded to fund ESCR/cloning research now mostly funds ASC studies–many scientists continue to insist that “pluripotency”, the ability to become any cell in the body, remains the most important attribute for regenerative medical therapies and other scientific uses. That is why induced pluripotent stem cells made such a splash: They offered pluripotency by transforming differentiated cells, e.g., skin, hair follicles, etc.–into pluripotent stem cells.

Some hoped that the IPSCs could do everything that ESCs could do. But that may not be true. A recent study reported that IPSCs are less efficient than ESCs. From the story:

In the study, the research team grew both types of cells into precursor types of various organ tissues. The embryonic cells grew about 1,000 times more readily than the induced cells, which displayed, “significantly increased apoptosis (cell death), severely limited growth and expansion capability, as well as a substantially decreased hematopoietic (blood cell) colony forming capability,” according to the study. Retina cells grown from the induced cells began aging after one generation. “The mechanisms behind the slower growth and early cellular (aging) observed here are unknown,” says the study.

This isn’t determinative, of course. Research continues. New techniques of creating IPSCs continue to be invented. In mice, cells have now been directly reprogrammed from one type to another without going through the stem cell stage. Adult stem cells continue their impressive advances in treating the most serious human ailments. And ESCs still are not approved for human trials due to safety concerns–which holds true of IPSCs, since pluripotency is hard to control and can lead to tumors.

But regardless of how the research ultimately turns out, always remember that the controversy is over ethics, not science. Even if adult stem cells ultimately don’t meet their seeming current promise and IPSCs don’t pan out, that won’t change.