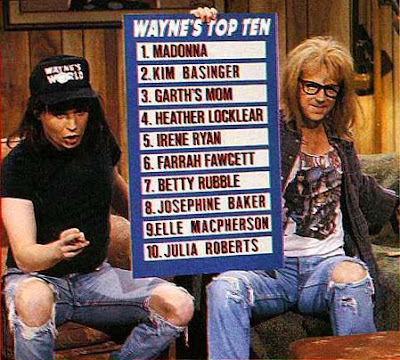 The first ten years of the 2000s (please, no arguments over whether the first decade really ends this year) brought bioethics front and center into national and international prominence as never before. Since this is the time for creating “top ten lists,” I pondered the matter over my eggnog over the holidays and compiled for NRO, the ten most important stories in bioethics of the last decade (in descending order), with commentary. From my piece, “Technological Morality:”

10: The ascendance of an anti-human environmentalism...Radical environmentalism appears to have morphed into anti-humanism, the result of which could be a new impetus for eugenics and radical population control.

9. The growth of biological colonialism. Desperate and destitute people are increasingly being exploited for their body parts and functions…

8. The increase in American pro-life attitudes. In the last decade, polling showed a dramatic increase in the number of people who identify themselves as pro-life…If this trend continues, it could eventually shake the Roe regimen off its foundation.

7. The struggle over Obamacare. The political brouhaha over Obamacare was the bioethics story of 2009, not only in the U.S. but throughout much of the developed world…The debate will not end with the passage or failure of a bill, and health-care reform will likely be one of the most important stories of the coming decade.

6. Legalization of assisted suicide in Washington...[T]he Washington victory boosted the morale of assisted-suicide activists, who promise to wage an energetic legalization campaign in the coming decade.

5: The success of adult-stem-cell research...For example, in early human trials, adult stem cells have helped diabetics get off insulin, restored sensation to paralyzed people with spinal-cord injuries, helped heal unhealthy hearts, and provided hope to patients with autoimmune diseases such as multiple sclerosis. These and other amazing advances in adult-stem-cell research provided one of the few pieces of truly good news in a sour decade.

4. “Suicide tourism” in Switzerland. Over the last decade, Switzerland became Jack Kevorkian as a country, its suicide clinics catering to an increasingly international clientele…Alas, as was the case with Kevorkian in the 1990s, audacity was rewarded. In the face of a wave of high-profile suicide-tourism stories, England’s head prosecutor published guidelines that, in essence, decriminalized family and friends’ assisting the suicides of the dying, disabled, and infirm…

3. IVF anarchy... IVF has led to childbirth as manufacture, with our progeny chosen for their genetic makeup. It is likely that babies will soon be created with three parents. What comes next is anybody’s guess.

2. The Bush embryonic-stem-cell funding policy. When Pres. George W. Bush signed an executive order restricting federal funding of embryonic-stem-cell research to lines already in existence on Aug. 9, 2001, he set off a nearly decade-long firestorm…But the real poke in the eye for the Science Establishment and liberal media was that Bush’s policy sent a clarion message that embryos — which are, after all, nascent human life — matter, thrusting his policy into a buzz saw involving our most touchy cultural issues, particularly abortion.

1. The dehydration of Terri Schiavo. The emotionally wrenching tug of war over the life of Terri Schiavo, covered sensationally by the international media and culminating in her slow death, was — hands down — the decade’s most important story in bioethics (as well of one of the most important stories of the early 2000s). Who hasn’t heard her name? Who doesn’t have an opinion about what happened?

There is much more to say about all of these stories than I could in the abridged version presented here or in the entire article. But I think it is very clear now: bioethics is important. Soon, I’ll write up what I consider to be the ten biggest stories in bioethics of the coming decade.

Should OJ Be Given Assisted Suicide?

Compassion and Choices In No Place to Judge Online Suicide Assistance